Samsung has announced that it has discovered a new material which could provide a 'Paradigm Shift' in the electronics industry. The new material was developed by researchers at the Samsung Advanced Institute of Technology (SAIT), in collaboration with Ulsan National Institute of Science and Technology (UNIST), and the University of Cambridge.

Amorphous boron nitride (a-BN) is claimed to be a best-in-class ultra-low dielectric constant of 1.78κ with strong electrical and mechanical properties, "and can be used as an interconnect isolation material to minimize electrical interference," says Samsung. So, this is an insulator material with the potential to replace the widely used porous-hydrogenated oxidized silicon carbon (p-SiCOH) dielectric. The p-SiCOH material has a permittivity number of 2.5κ, but it is soundly beaten in the insulation stakes by a-BN at 1.78κ. This is good news, as the International Roadmap for Devices and Systems recommends the development of dielectrics with κ values of less than 2 by 2028, exceeded by this development. 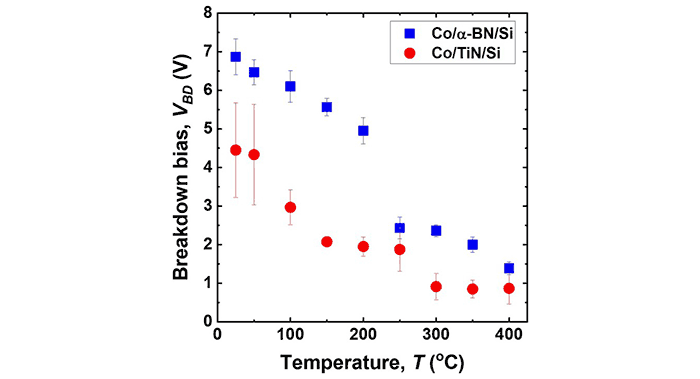 It is envisioned that a-BN will be used as an insulator alongside graphene with silicon-based semiconductors to help advance electronics - making them more powerful and more compact than ever. As chips have become more and more compact, the data and power transmission interference problem has grown and a-BN could help reduce this problem, spurring a period of strong advances.

Another positive about a-BN is that it can be grown on a wafer scale at a 'low temperature' of just 400°C. This means a-BN is expected to be widely applied to semiconductors such as DRAM and NAND solutions. Currently the researchers have been able to produce a-BN films that are 3nm thick and are both mechanically and electrically robust, with a breakdown strength of 7.3 megavolts per centimetre, which exceeds requirements. 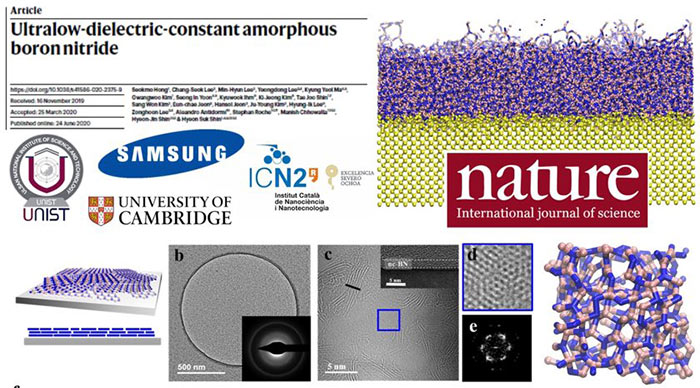 Further reading about the a-BN discovery is available via a research paper published by Nature.

Cortex-M0-based SoC, runs at just 29kHz, but may unlock "the full potential of the IoT".

39 QOTW: Are you setup to continue working from home?

Or is the call to return to the office growing louder?

Reminds me of an excellent Big Clive Youtube video with the line “I'm afraid that the di-electric strength of this Eccles Cake is a bit too high”.

https://www.youtube.com/watch?v=DPwfbYtvUOw
Posted by Corky34 - Mon 06 Jul 2020 15:25
Discovered my itchy chin, maybe they've discovered a new use for it but they certainly didn't discover it.
Copyright © 1998 - 2021, HEXUS.net. All rights reserved. HEXUS® is a registered trademark of HEXUS.