Dell has announced a raft of appealing new monitors at CES 2016, with a number of 'firsts'. Perhaps the pick of the bunch is the Dell UltraSharp 30 4K OLED monitor. Other monitor products shown off by Dell include the world's first InfinityEdge displays, and a pair of new Wireless monitors to display and manage content from laptops and  smartphones. 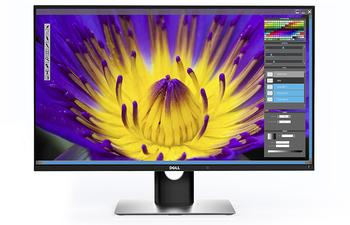 The Dell UltraSharp 30 OLED monitor is Dell's first OLED monitor. It brings OLED benefits to professional colour-critical environments such as graphics design, photography and videography. This 30-inch 4K monitor boasts a contrast ratio of 400,000:1, partly thanks to the 'true black' on offer, plus an impressive ultra-fast response time of 0.1ms. Users can connect up this new monitor to their systems quickly and easily using the USB Type-C port, facilitating power, video and data connectivity.

Windows Central reports that this OLED monitor will not suffer from image 'burn-in' thanks to an algorithm in the monitor firmware. You will be able to buy the Dell UltraSharp 30 OLED monitor starting from March but the pricing is steep at $4,999. 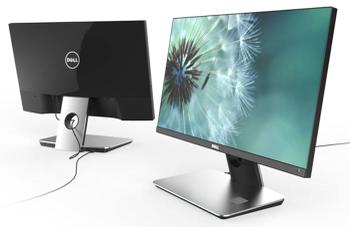 Dell's UltraSharp InfinityEdge monitors feature, as you would expect, very thin screen bezels. Dell is producing these monitors in 27-inch Quad HD and 23.8-inch Full HD sizes/resolutions. The InfinityEdge monitors are said to offer excellent adjustment flexibility, integrated cable management, colour precision and extensive connectivity options. These monitors will be available from Feb, costing from $719 for the 27-inch and from $349 for the 24-inch model. 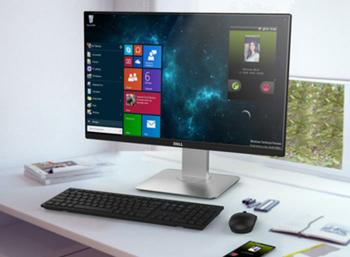