Thrustmaster is celebrating 30 years in the PC games controls business by launching a premium TCA (Thrustmaster Civil Aviation) product range, which is officially licensed by Airbus. It says given these controls and suitable flight sim software, gamers will be able to "experience incredibly lifelike sensations and features, and virtually step into the shoes of an airline captain". 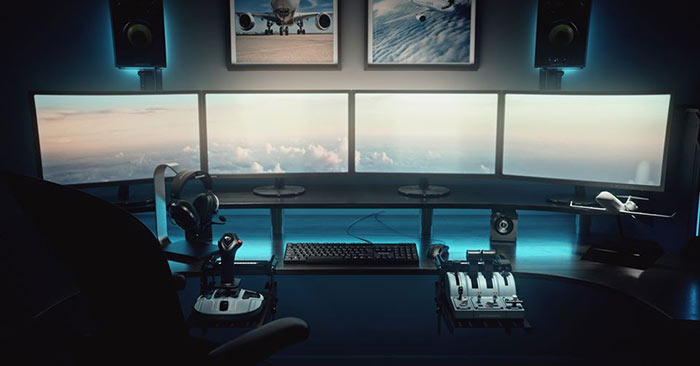 The new controls range consists of four new officially-licensed SKUs compatible with PC (Windows 10, 8). To design these controls, Thrustmaster says it leveraged its skills, honed over decades in the business, to work with Airbus and create the following:

A recommended purchase along with any of the above controls is the TM Flying Clamp (£54.99 / $69.99 / €59.99) which is a metal constructed adaptable, non-slip system used to mount your flight sim controls, if you haven't built/bought a cockpit.

The TCA Sidestick Airbus Edition is described as an "ergonomic replica Airbus sidestick is a versatile ally for virtual pilots in all types of flight simulation." It features 12 remappable action buttons, a modular design (you can swap button modules), and other flight sim friendly features at an affordable price point.

The base of the joystick includes a thrust reverser function, as featured on commercial Airbus plans. A Z-axis controlled rudder provides a winning combination of realism and ease of use. Thrustmaster is keen to point out that the TCA Sidestick Airbus Edition features its proprietary H.E.A.R.T (HallEffect AccuRate Technology) for long service life and precision - offering a 14-bit resolution.

As a companion device for your TCA Sidestick Airbus Edition, Thrustmaster is hoping that the TCA Quadrant Airbus Edition, with its two separate thrust levers, inspired by their real counterparts, appeals. As per the real thing the throttles can be linked. Again a thrust reverser function is built into this control. H.E.A.R.T is used in this device providing up to 16-bit resolution. You can get the TCA Sidestick and Quadrant Airbus Edition together in the slightly cheaper Officer Pack. 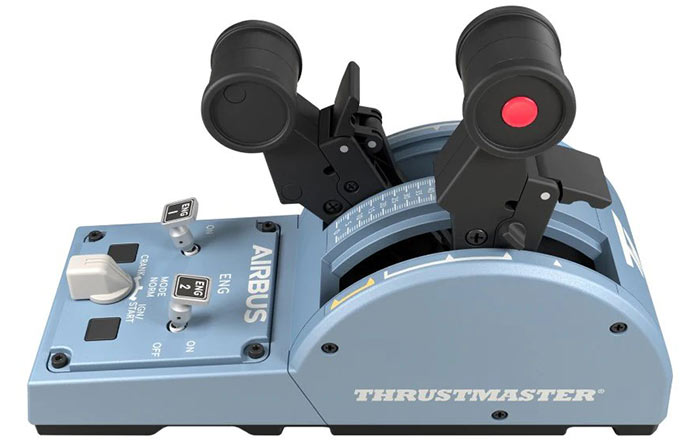 For greater control options the new TCA offerings are compatible with Thrustmaster T.Flight Rudder Pedals (TFRP) and Thrustmaster Pendular Rudder (TPR) rudder systems. Thanks to the T.A.R.G.E.T (Thrustmaster Advanced pRogramming Graphical EdiTor) software suite users can config and program a multitude of controls and attach them via a single USB port.

kalniel
They look incredibly cheap, hopefully stronger than they look.

Thankfully the use of a sidestick and fly by wire in the A320 mean that pilots don't need to lean on controls to maneuver the aircraft.

kalniel
They look incredibly cheap, hopefully stronger than they look.

So do the real Airbus ones…

TBF, Thrustmaster's stuff is usually pretty decent, even the low-end T16000M HOTAS.
CH Products kit also seems and feels very cheap, yet does actually last for decades even with heavy use.

Not worth spit since MadCatz took over them and seemingly unchanged under Logitech. However, I am still expecting/hoping Logi will use them as a springboard to launch some new kit, as good as or better than the old G940.