Microsoft is expected to hold a Surface event this Spring; as such an event has become a regular occurrence in recent years. One of the biggest reveals insiders think we will see is of the new Surface Laptop 4 range. Yesterday HEXUS reported on these laptops offering a wider choice of CPUs than ever before - from both AMD and Intel. At the event Microsoft will be revealing some complementary and supporting products too, with Brad Sams of the Microsoft-centric Petri blog providing a rough sketch of what peripheral devices to expect.

So far there are murmurs about just one extra peripheral – a new Microsoft webcam. This is quite an important re-entry for Microsoft as it hasn't launched a new webcam for a decade. The Microsoft LifeCam Studio, pictured below, was the last product it launched into this segment and revisions of this design are still seen at retailers to this day, and listed by Microsoft at US$99.95, but not recommended due to the ageing image sensor tech. 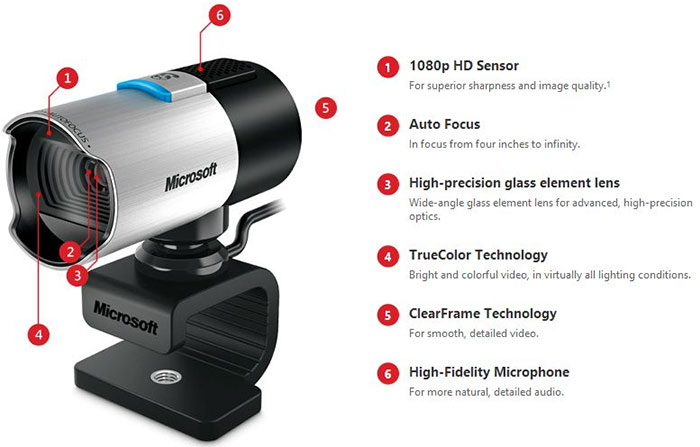 Petri doesn't have a lot of information about the new webcam except that it is supposed to support HDR video as well as feature a built-in physical privacy shutter. However, it likely won't support 4K. With WFH and Zoom meetings being popular in recent months webcams, especially quality models have become very popular, and there have even been shortages. Thus, this is a good time for Microsoft to introduce a capable new product to this segment.

Other Spring Surface Event bits and bobs are expected to include audio devices.