At the ISC (International Supercomputing Conference) High Performance 2020 Digital event, Fujitsu announced that the Fugaku supercomputer has achieved the #1 position in the Top500 list. Fugaku is a supercomputer that was developed by Fujitsu Limited, researchers from RIKEN, Kyushu University, and Fixstars Corporation. 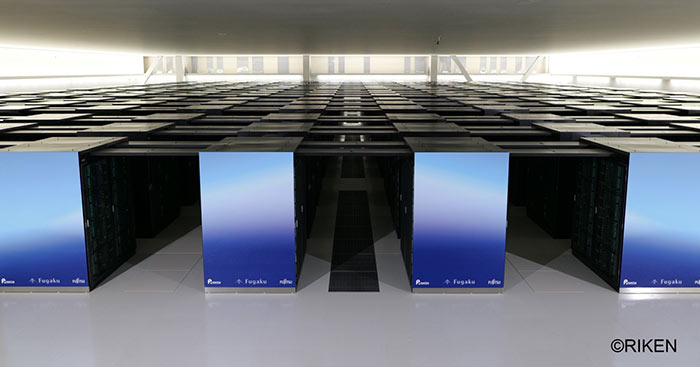 Fugaku easily beats the now second-place Summit supercomputer system. For example its Linpack (HPL) result of 415.5 petaflops is 2.8x faster than the IBM-built Summit can achieve. Another supercomputer ranking, the Graph 500, which rates systems based on data-intensive loads has lifted Fugaku to pole position, and it gained first place in the HPCG AI-based performance tables (4.6x faster than second placed competitor). "This is the first time in history that the same supercomputer has become No.1 on Top500, HPCG, and Graph500 simultaneously," boasts Fujitsu. 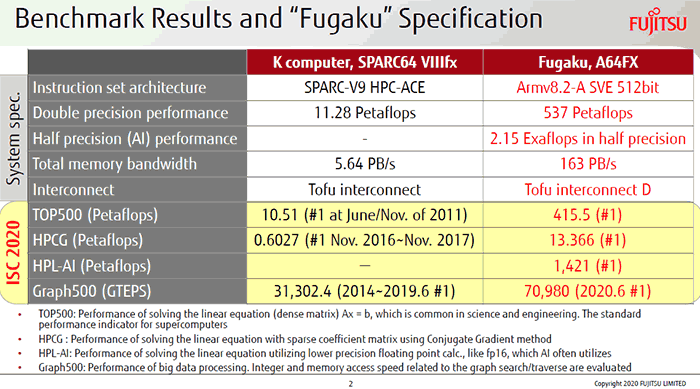 Interestingly, in machine learning and AI applications, Fugaku's peak performance is over 1,000 petaflops (1 exaflops). This is another world first for a supercomputer in the HPL benchmarks. 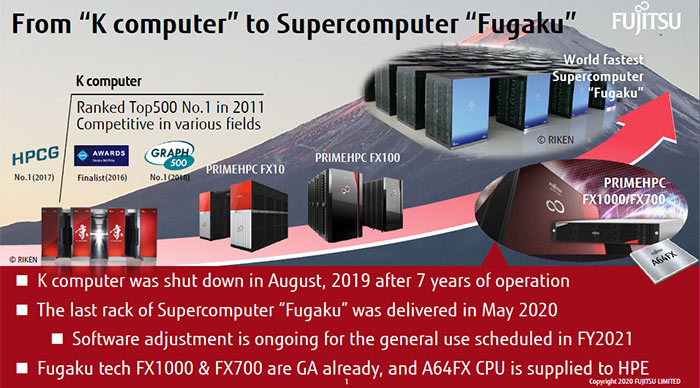 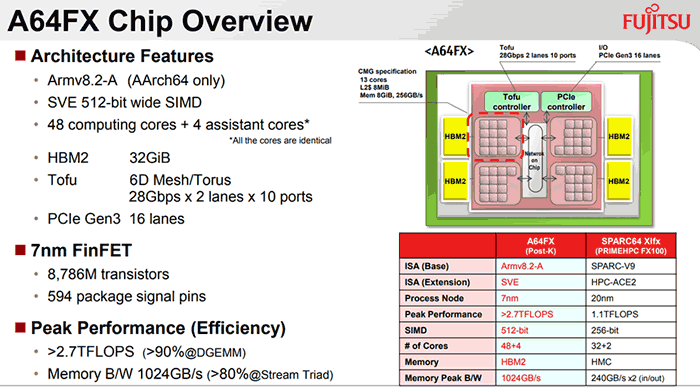 Pulling no punches on why it used the A64FX SoC instead of Intel/x86, the chart below shows significant performance scaling gains using Arm. 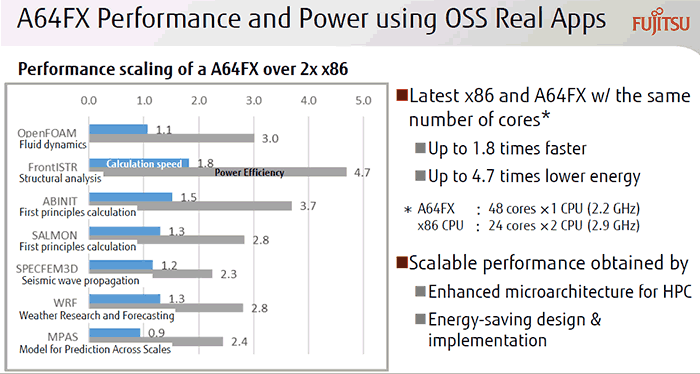 Japanese scientists have already been leveraging Fugaku for advanced Covid-19 research. Fujitsu reckon this supercomputer can help solve many social, life science, manufacturing and energy issues during its lifetime.

You clearly have never seen an overclocked Vega 64 in action