Valve has launched the Steam Deck – a handheld gaming PC. The announcement doesn't come completely out of the blue, as we saw references to a Steam console in recent Steam beta client code, and a question about consoles at a Q&A with Gabe Newell at a high school New Zealand clearly caught out the Valve boss. 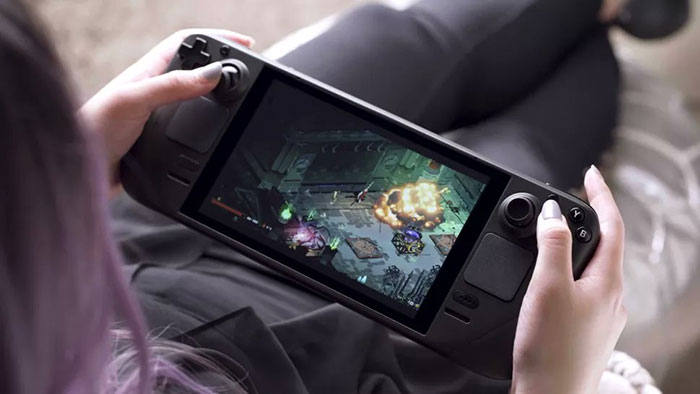 The Steam Deck is a real self-contained gaming PC – it isn't designed for cloud, though it can probably handle such services easily. Remembering its low power budget, it is a 7-inch handheld with about 6 hours battery life, it is hard to see what better specs Valve could have chosen at this time to realise such a device (except to be more generous with storage). So, what are the specs? I've compiled the key system specs below, for quick reference. 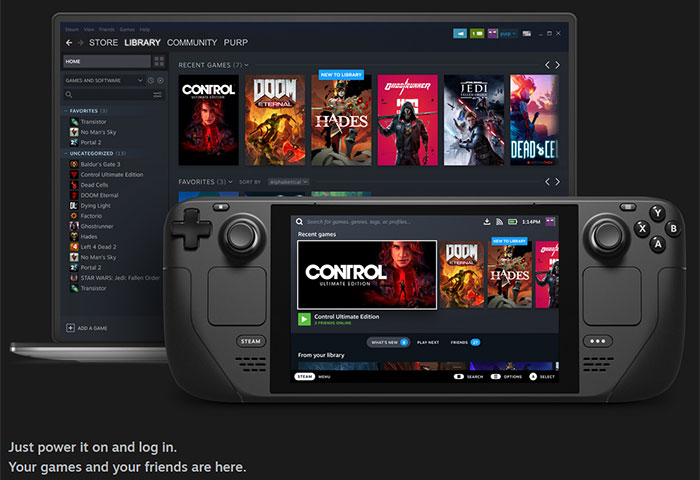 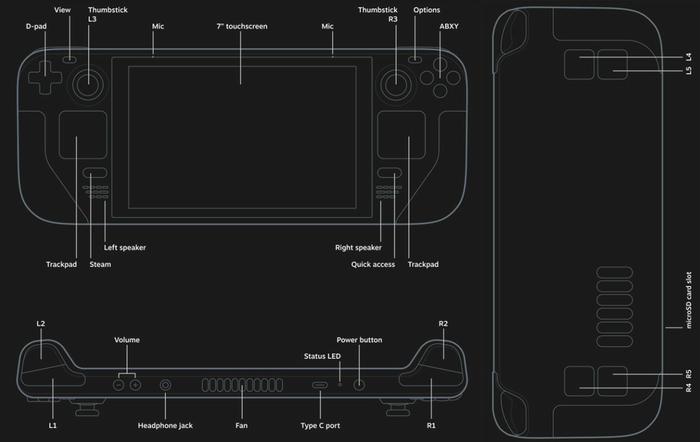 Making the Steam Deck even more of a Nintendo Switch rival, it has an optional dock. Valve says it will reveal more about the dock in coming weeks/months, but we have the basic specs, which you can see in the diagram, but not the price/availability. The dock looks really useful for convenient big-screen Steam Deck use, especially if you use it for occasional productivity tasks. 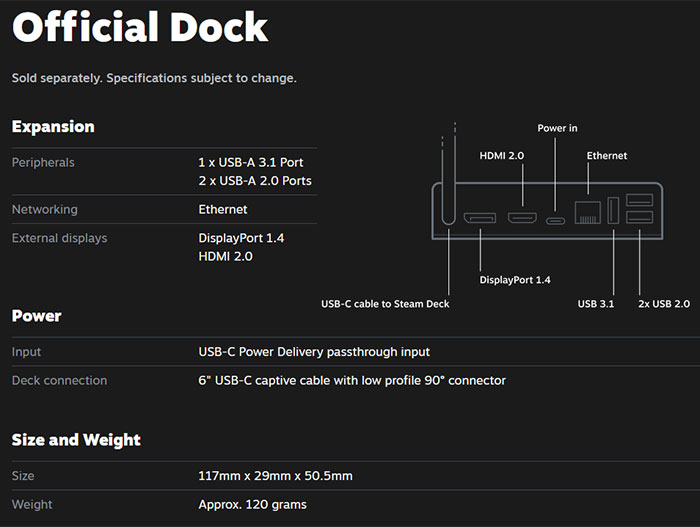 The entry level price has been kept at a competitive level, at US$399. However, this model sports just 64GB of eMMC storage – and a chunk of this slower storage type will be used by the OS. Looking at my Steam library, I have several games that eat up more than 50GB, so this lowest capacity model is destined to be for smaller older/casual PC gaming titles only. Pricing moves up to $529 for 256GB, and $649 for the 512GB model – but remember these use faster NVMe SSDs too. 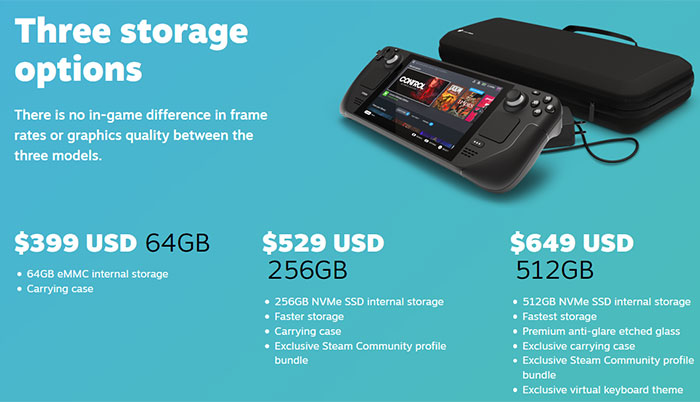 Valve expects the Steam Deck to ship starting from December in the UK, US, Canada, and EU. Pre-orders will start from tomorrow.

Not a bad spec but the SSD pushing the price up out of the casual gamers reach who would no doubt bleat their way in line for a Switch anyway.
Posted by mtyson - Fri 16 Jul 2021 06:38
This news coincides with Elgato updating its Stream Deck product.

And below is a video with Gabe Newell in an interview, discussing the Steam Deck.

https://www.youtube.com/watch?v=4FXgDAF6QpM
Posted by jimbouk - Fri 16 Jul 2021 06:53
Apple level of storage upgrade pricing :mrgreen: I guess they had to to keep the base one competitive. Interesting toy, not entirely sure of the target market though?
Posted by Kanoe - Fri 16 Jul 2021 08:17
As with most of steam related hardware, I cant wait to pick one up when on fire sale as they decide they don't want to do it anymore :)
Posted by kompukare - Fri 16 Jul 2021 09:02
If this SOC is truly custom for Valve only, then I would imagine that it must have cost a good bit.
Mask costs alone would run into tens of millions plus design and validation.
Plus yet another thing to use of scarce TSMC 7nm wafers.
Wouldn't mind if this SOC does see release as a APU although LPDDR5-only precludes AM4 so a BGA soldered thing.