You are here:
Systems Hardware News

ZOTAC has written to HEXUS today to tell us about its MAGNUS EN980 mini PC. Regular readers will know of ZOTAC's wide range of mini PCs, it has been developing these compact and stylish systems for years. Today ZOTAC has released its newest model, aimed at the PC gaming community, with the bold claim that it is "the most powerful Mini PC". Furthermore it is described as providing a specification that goes beyond being VR-Ready.

The new top of the line MAGNUS EN980 features the following key components:

Importantly for this compact and powerful mini PC, ZOTAC has equipped a specially designed factory filled liquid-cooling system using liquid channels, heatpipes and heat fins. Backed by its special cooling solution, the MAGNUS EN980 is claimed to be "whisper quiet". The system cooling methodology extends further, as for the first time ZOTAC is equipping a metal-engineered housing to provide extra heat dissipation qualities. This is quite a departure from the previous top-dog ZOTAC gaming machine, the MAGNUS EN970 (which unintuitively featured an Nvidia GeForce GTX 960). 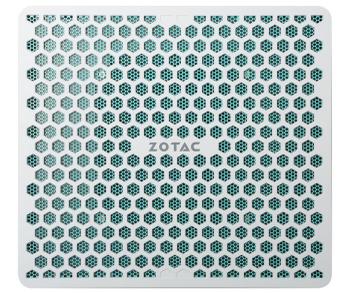 At the time of writing ZOTAC is unfortunately as-yet to publish an official product page detailing the MAGNUS EN980. The materials supplied in its email skimped on several important specs I'd like to know. For example, with any mini PC, an important specification is the device size. Since the new MAGNUS looks so different to previous models it would be reassuring to know the exact physical dimensions of the powerful new EN980.

ZOTAC says it will be exhibiting the MAGNUS EN980 shortly, at the GDC 2016 and CeBIT 2016, (both events start on Monday 14th March) so we are sure to find out more soon.

http://www.pcpop.com/doc/2/2567/2567904.shtml more pics here.
Posted by lowers93 - Fri 11 Mar 2016 17:07
I seriously think this is the future alongside systems like AMD XConnect. Add in an upgradable GPU and your well on your way to a high-end itx-like gaming PC with the next generations of GPU's being able to come in such small form factors using the sub 14nm processes.
Copyright © 1998 - 2020, HEXUS.net. All rights reserved. HEXUS® is a registered trademark of HEXUS.