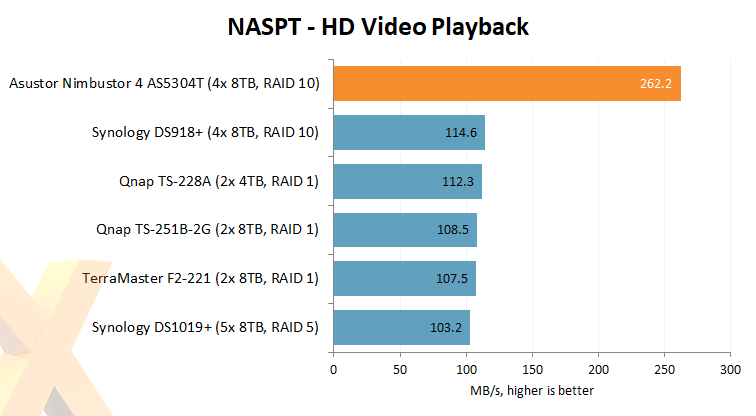 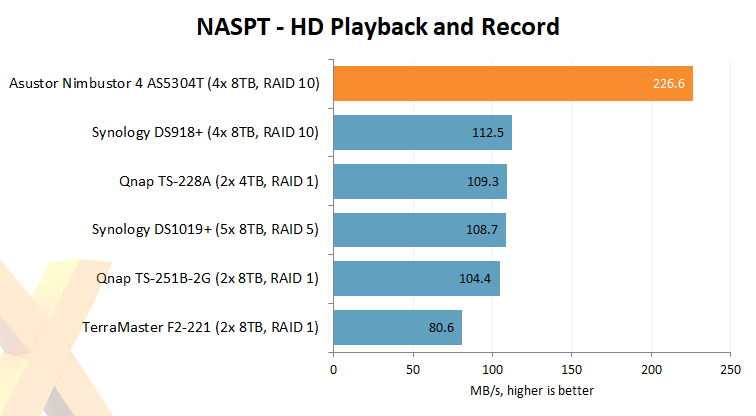 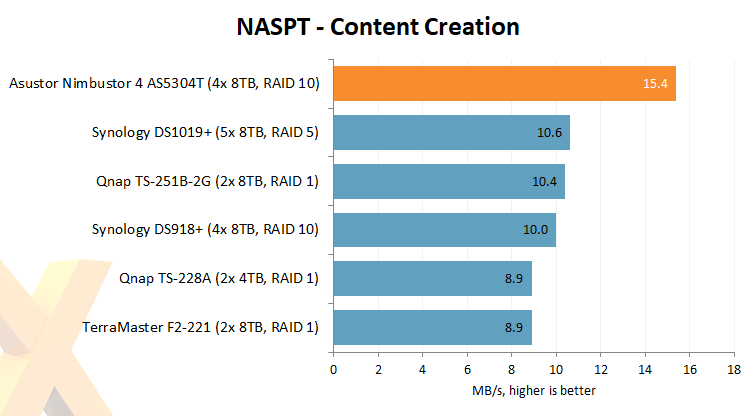 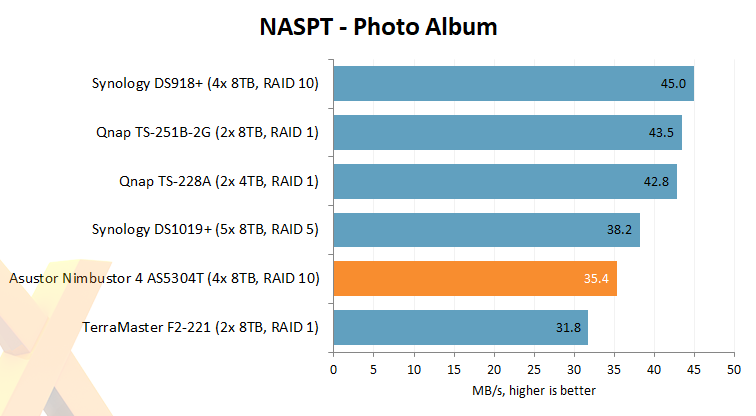 Been making do with regular Gigabit Ethernet for far too long? 2.5GbE will come as a breath of fresh air. Performance in the video and content creation tests is impressive, though the Asustor doesn't cope with the mixed Photo Album benchmark quite as well.