The tried-and-trusted keyboard and mouse remains the popular input method of choice, but touchscreens are quickly growing in popularity. This HEXUS.help guide briefly explains how touchscreens work, and why you may find yourself using a touchscreen PC in the near future.

What is a touchscreen?

For the technically inclined, touchscreens aren’t anything new – and there’s a good chance you’re already using one, or perhaps more, touchscreen devices.

For the more technically-challenged reader, here’s what you need to know: a touchscreen is a piece of hardware that allows a user to directly interact with items displayed on a screen. Interaction is generally carried out with the touch of a finger, but other objects such as a stylus are also often used. 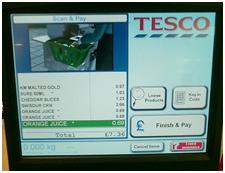 If it all sounds familiar, it should. Touchscreens are becoming increasingly common and can today be found on a variety of devices including handheld games consoles, mobile phones, satellite navigation devices and self-service checkouts at supermarkets.

However, despite the growing popularity of touchscreen devices, one market remains largely touch-free; personal computers. On the PC, the preferred input method of choice has remained the keyboard and mouse. Despite attempts to stimulate alternative input methods – including voice control – the keyboard and mouse remain prevalent and show no signs of being replaced anytime soon.

That isn’t due to a lack of trying, mind you. Later this year – October 22nd, to be precise – Microsoft will launch Windows 7, its first operating system designed to be touch friendly throughout.

Microsoft’s former CEO, Bill Gates, once predicted that the age-old keyboard and mouse would one day be replaced by technologies such as touch and voice interaction, and his prediction may become reality with Windows 7. In recent years, Microsoft’s engineers have been focussed on “making Windows touchable”, and the Windows 7 operating system is expected by many to signal a surge in production and sales of touchscreen-equipped computers.

Although all touchscreens aim to offer a similar purpose – direct interaction with items on a screen – they’re available in multiple varieties.

Today, the two most popular methods of touchscreen implementation are resistive and capacitive. We’ll explain briefly how each of them works.

A resistive touchscreen consists of several layers – two of which are electrically conductive and separated by a small gap. When powered on, an electrical current runs through the layers and when a user pushes down on the screen – with a finger, stylus or similar object – the two layers touch causing a change in the current. That change is recognised by the device and processed as an action – think of it as similar to the clicking of a mouse button.

Resistive touchscreens can support both single and multi-touch, the latter meaning multiple points of input can be recognised simultaneously.

Resistive touchscreen technology works well, is generally regarded as one of the cheaper methods of touchscreen implementation, and is consequently widely used. 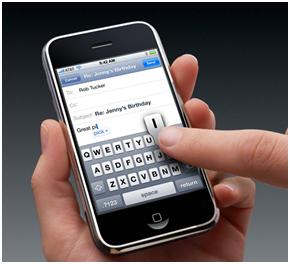 A capacitive touchscreen, generally believed to offer greater accuracy and improved clarity than resistive alternatives, consists of a display coated with a transparent metal oxide. Using a small voltage applied to each corner of the coating, a uniform electric field is created and when touched with a finger, the change in the electric field is noted and processed as an action.

Capacitive touchscreens will only respond to a touch from a conductive object such as a human finger and will not work with a traditional stylus – unless, of course, the stylus itself has been produced to be conductive. As with resistive, capacitive touchscreens can support multi-touch and are today most commonly found on devices such as Apple’s iPhone (pictured right).

Given Microsoft’s desire to make touch interaction a key component of Windows 7, we expect its long line of partners to be on hand with a number of touch-capable desktop and notebook PCs to coincide with the launch of the operating system.

Showing their willingness to adopt the technology, big name manufacturers such as Dell are already offering touch-capable computers such as the Studio One 19 pictured below. 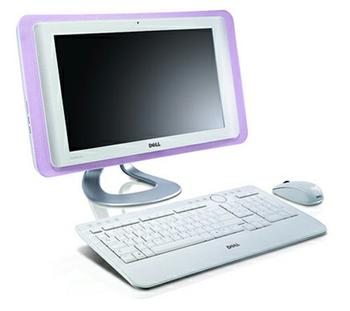 Late in 2009, we’d expect each-and-every big name manufacturer to offer a touch-capable computer of some sort.

Although the keyboard and mouse will remain crucial to everyday input, touch interaction will be seen as useful for common tasks such as browsing picture slideshows or music libraries.

The usefulness of a touchscreen on a home or office computer remains a question mark, but one thing’s for certain – we’ll soon see plenty of them.

The pair aren't very much alike, but both offer fast refresh rates and speedy response times.