You are here:
Corporate Industry News

Intel today announced a comprehensive management reshuffle, or in its words, it has made changes in its executive leadership team "to strengthen execution, innovation in critical business areas". One of the most notable changes is that Navin Shenoy, who has been serving as EVP and GM of the Data Platforms Group, and has been at Intel for 26 years, will leave the company next month. Meanwhile, current Intel executives Sandra Rivera and Raja Koduri will each take on new senior leadership roles. Technology industry veterans Nick McKeown (who joined Intel with the acquisition of Barefoot Networks) and Greg Lavender (most recently serving as senior vice president and CTO of VMware) will join the company in full time roles.

Navin Shenoy leaves his role as head of the DPG on 6th July. He is currently helping the transition which will see DPG split into two business units with Sandra Rivera taking on a new role as EVP and GM of Datacenter and AI, and Nick McKeown becoming the SVP and GM of a new Network and Edge Group.

Shenoy, 46, became leader of the data-centric group in 2017, before that he ran Intel's PC business (the Client Computing Group) with responsibility for strategy and product development across notebooks, desktops, tablets, 2 in 1 devices and home gateways. Last week, Shenoy presented for Intel at the Six Five Summit, where its first IPU - Infrastructure Processing Unit was detailed. We don't have any hints about Shenoy's future career plans.

Another major part of the restructuring plan is the formation of two new business units, one focused on software and one on high performance computing (HPC) and graphics. Greg Lavender will lead the former, and Raja Koduri, the latter.

Koduri, 53, becomes the lead of the Accelerated Computing Systems and Graphics Group business unit, which has been dubbed AXG for short. Intel explains that "AXG is chartered with delivering HPC and graphics solutions for integrated and discrete segments across client, enterprise and data centre." In effect this role change is a show of confidence in Koduri's hardware direction, and we hope Lavender's experience and software team will be great for Intel driver development and support going forward. 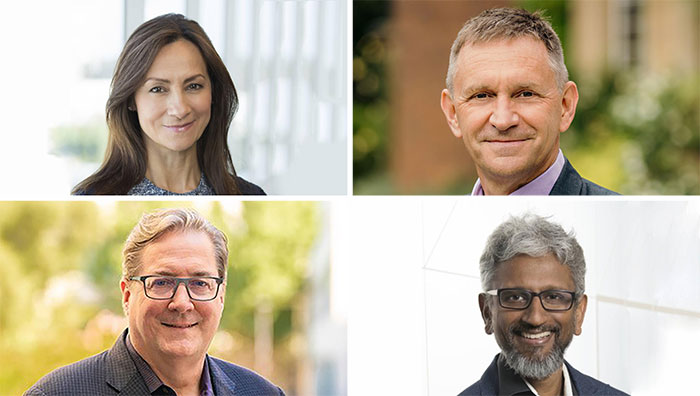 Appointment is a vote of confidence in Nadella who has been Microsoft CEO since 2014.

In case you don't know of this firm, it is a Toronto based AI chip startup.

Tabbykatze
That would be a bit interesting, almost a rags to riches from AMD to Intel!

She deserves to get some recognition for what she's done there. She just needs to not let them lose focus like they seemed to do the last time they were vaguely doing well.
Posted by 3dcandy - Wed 23 Jun 2021 15:47

She deserves to get some recognition for what she's done there. She just needs to not let them lose focus like they seemed to do the last time they were vaguely doing well.

And that is the holy grail is it not? nokia cough cough