China's Hutchinson Whampoa is in early talks to acquire O2 from Telefonica, according to unnamed sources of the Sunday Times. The Spanish telecommunications group, which acquired O2 in early 2006, is said to be considering its options to merge its British business subsidiary with the owner of Three, Britain's fourth-largest mobile operator, after talks of a sale to BT fell through recently. 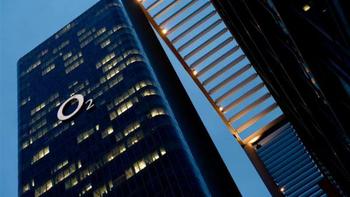 With O2 currently placed second in the British mobile market with around 22 million subscribers, the price of the acquisition could be as high as £9 billion ($13.63 billion). However, as the discussions are still at an early stage, nothing is yet confirmed and there's no guarantee that a deal will be reached.

The report says that Telefonica hired investment bank UBS AG to examine various options for the future of O2 in summer 2014, seeking ways to help pay off debts and exit the UK market. Meanwhile, Hutchinson owner and Hong Kong tycoon Li Ka-Shing is supposedly eyeing a big play in the telecoms industry and has hired Moelis & Co (MC) to search for possible deals in the UK, as part of his plan to expand in Europe. 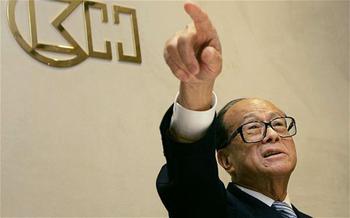 The Financial Times highlights that Telefonica could use the option of selling O2 shares to the public, and is considering other potential partners including Sky and TalkTalk. It is worth noting that Li already owns O2's Irish unit, which was purchased for as much as 850million Euros ($980 million) to merge with Three Ireland.

Three's merge with O2 UK would make it the biggest carrier in the UK with 32 million customers, but a deal struck could also cause competition concerns for the UK industry watchdog Ofcom. Ofcom may attempt to block or impose strict obligations on any merger as it would lower the number of major mobile operators in the UK.

Three's network is lightyears ahead of O2's, but Three's customer care is well known for being some of the worst.
Posted by crossy - Mon 19 Jan 2015 14:06

AlexKitch
Not sure if this is a good thing or a bad thing. Three's network is lightyears ahead of O2's, but Three's customer care is well known for being some of the worst.

Reduced competition has just got to be a bad thing. And I'm getting somewhat concerned about the amount of power in the hands of so few companies. I also think that I'd be very concerned if I was a Three and O2 employee since such a merger has got to mean quite substantial job losses, sorry, “cost savings”.

And if Three's customer service is dire, I can't see how adding all those extra subscribers is going to make it better. Although, my few brushes with O2's CS folks seem to show that they're actually worse - although I'd be the first to admit that perhaps I'd been unlucky.

I can't see Ofcom doing anything substantial about this merger (like blocking it), I think expressing “concern” about the lack of competition will be about the limit of it.
Posted by tonyd223 - Mon 19 Jan 2015 14:41
Mobile industry is dominated by ARPU - average revenue per user. There's no money in answering the phone in customer services to someone who spends little money per month. Hence the move by EE/Orange to allow customer services users to pay for a faster response. Think about how broken that industry must be if they really believe that's ethical! In the last year with EE all of the problems I've had have been caused by EE!
Posted by aidanjt - Mon 19 Jan 2015 14:49
So we're going to get O2's data bundles, and 3's lousy customer service?
Posted by AlexKitch - Mon 19 Jan 2015 17:14

crossy
I'm getting somewhat concerned about the amount of power in the hands of so few companies.