Google's Grace Hopper subsea cable has landed in Bude, Cornwall, as our main picture beautifully illustrates. Named after the computer science pioneer, probably most famous for laying the foundations of COBOL, the cable connects New York to Bilbao, on Spain's Atlantic coast, and reached Bude on Tuesday. This under-sea transatlantic internet connection is said to be of '16-fibre pair' construction. It becomes the first major new cable to connect the US and UK since 2003. 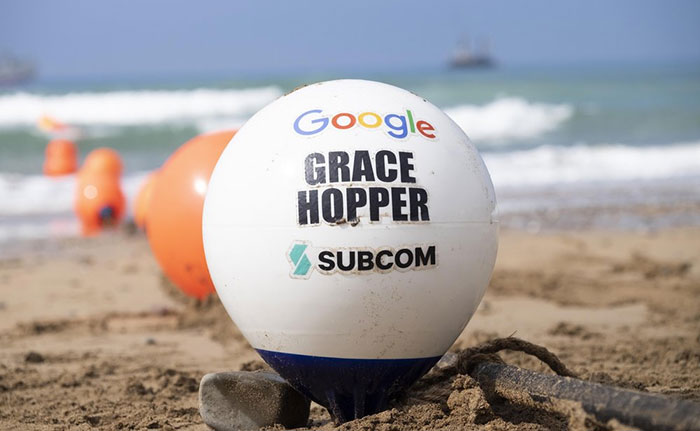 In its blog post about the cable connection, Google talks a lot about how technology is increasingly important to the UK economy, with its average growth of 7 per cent YoY since 2016. Moreover, its cable will bolster hybrid work, fostering the new digital normal. Capacity and responsiveness of hugely popular Google services like Gmail, Maps, and Google Cloud should all benefit in the UK/Spain thanks to the new Google Grace Hopper subsea cable. 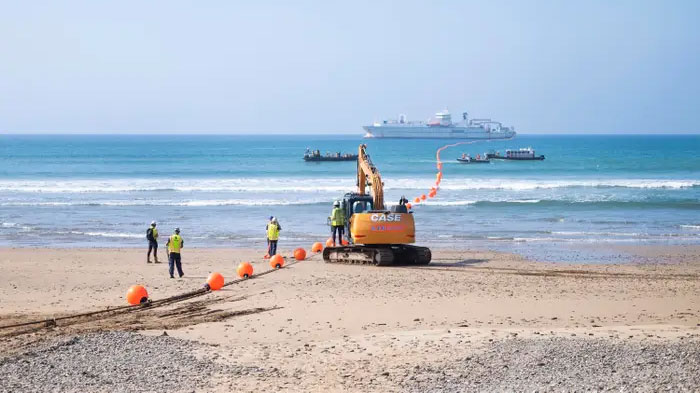 With the talk of this cable being run from New York across the huge expanse of sea floor, you might be wondering about various security implications. As well as making the cable physically resilient, Google is thinking of wider network resilience. It says the Grace Hopper cable takes a unique path from its existing cables, such as Dunant, which connects the U.S. and France, and Havfrue, which links the U.S. and Denmark. Moreover, it uses novel 'fibre switching' tech, which allows Google to better move traffic around outages for increased reliability. 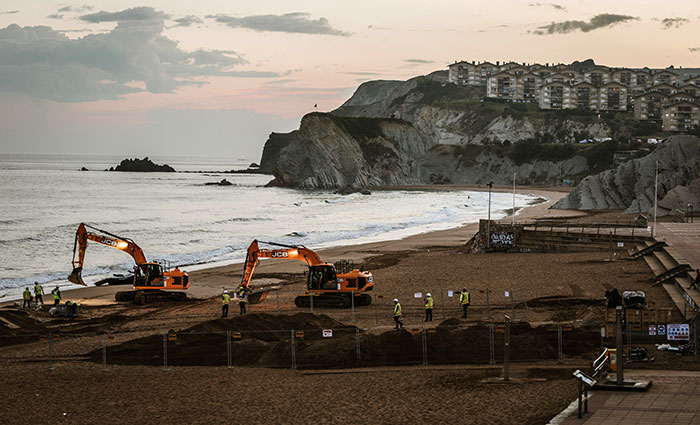 Google's Grace Hopper Connection to Bilbao, Spain, landed on the beach there earlier in the month. Other major Google subsea cables connecting important spots around the world link LA and Chile (Curie); Portugal and South Africa (Equiano); and Singapore, Japan, Guam, the Philippines, Taiwan and Indonesia (Apricot); as well as the companion subsea cable connecting the US, Singapore, Guam and Indonesia (Echo). When laying these cables, Google must consider the proximity and potential for interference by authoritarian regimes like the Democratic People's Republic of Korea, or Chinese Communist Party.

Corky34
Am i the only one a little concerned that we're relying on an online advertising company for the infrastructure of the internet.

I'd be a little more concerned about the GCHQ base near where it came ashore.
https://en.wikipedia.org/wiki/GCHQ_Bude
Posted by Gentle Viking - Thu 16 Sep 2021 14:13

Corky34
Am i the only one a little concerned that we're relying on an online advertising company for the infrastructure of the internet.

Dont make much difference if it was run / paid for by your government, so as it is now though you have not paid directely for it, your government will make sure to ruin the experience of using it for you,,,,, and they will charge you for that service.

only for big businesses, us little folk wont get access to it. ping might be a bit lower to US/spain, but thats about it.

i've had a 10 Tbps canada/ireland/US cable under my house for 20 years, majority of area is still copper based. PDF link https://merseymaritime.co.uk/wp-content/uploads/2017/11/CLS-Datasheet.pdf
http://www.fiberatlantic.com/system/VOQMW