The Google Pixel 6 and Pixel 6 Pro are set to launch in a little over a week's time. We already have quite a few details about this phone, thanks to a mix of both official and leaked information and imagery – as well as price expectations. At the current time it looks like Google is stepping up its game to make its next Pixel a big success with its daringly different design, custom processor, attractive features, and competitive pricing all coming into view. Now there are some convincing rumours about a new way to buy the Google Pixel smartphones, which could help shift more of these signature devices than ever before. 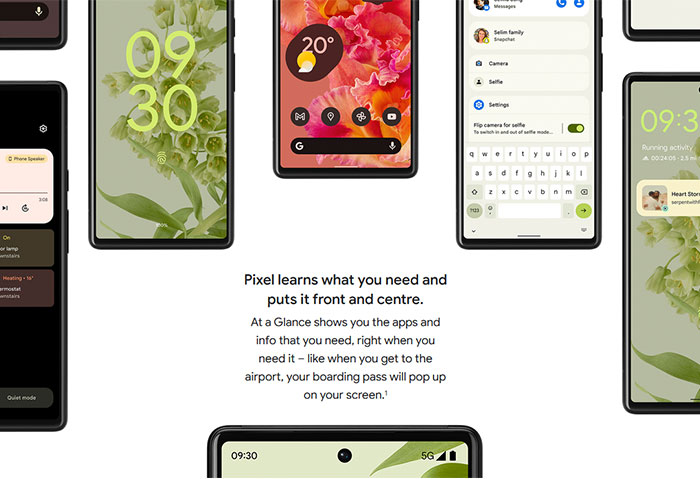 Tech reporter M. Brandon Lee reports that Google is planning a Pixel Pass subscription service where a customer pays a monthly fee to get the latest generation Pixel smartphone, carrier connectivity, as well as a bundle of premium Google services.

The document looks like some kind of cheat sheet for smartphone salesmen, which they can use to explain Pixel Pass. It summarises the offering as one that can address mobile phone users' needs "end to end". The following bullet points make it quite clear what Pixel Pass would provide:

Of course, the above raises plenty of questions, such as the regularity of the provision of new Pixel hardware (every generation?), the levels of the subscription services provided (e.g. Google One has multiple subscription plans / data levels). If you are already a paying customer of one of the Google cloud services, then the Pixel smartphones might become even more attractive.

There is another big question for those that think this Pixel Pass sounds great – will it be available to you? From the document, it looks like the device subscription will be reliant on Google Fi availability, which I think is US-only but allows those users to roam using worldwide partner networks (like 3 UK)) or other possibly major US carriers. However, this might be a US-centric document, so doesn't discuss Pixel Pass in other countries or regions – it might be available anywhere that has a localised Google Store, for example.

If you are interested in the Pixel 6 / 6 Pro, M. Brandon Lee also has some new pricing leaks, official colour names, some info and images of the Pixel Stand (2nd Gen) and more to chew over in a Twitter thread.

In related news, CarPhone Warehouse has accidentally published (web archive link) its Pixel 6/ 6 Pro product pages, which were captured before removal by the ever dependable @evleaks.

CooperA
I'd subscribe to this. As many have become with Apple, I seem to be locked to Google's walled garden. For me it just works - I know I'm naive.

You aren't naive. If something works for you then nothing wrong with that. I bounce between android phones and iphones all the time. Currently I am in the Apple ecosystem with a Mac and an iPhone. Why? Because for me it works just like I want it to. Next year I might be back with Android and a PC.

CooperA
I'd subscribe to this. As many have become with Apple, I seem to be locked to Google's walled garden. For me it just works - I know I'm naive.

I'm in the same garden. Love my Pixel phones. Like you I'd probably join up.
Posted by philehidiot - Tue 12 Oct 2021 10:42
This would be something I'd investigate as an option. But I'm leaning more and more towards keeping what I have for as long as I can. Because it works and there's nothing new and interesting aside from “we've not borked our newer phones with intentionally poorly made updates!”
Posted by Gentle Viking - Tue 12 Oct 2021 13:45
I would not pay to get a new phone just cuz there is a new phone out, what if the new phone was garbage andf you wanted to keep the old one, can you do that and then just sell the new one ?
And while i am on google phones and have never been elsewhere cuz that other alternative i have never wanted to get near, and this go back to before they even made a phone.
Sadly there are no real alternatives to the 2 death traps in smartphones.

The other things in the bundle, well also not something i would be interested in, even if it was things that had nothing to do with google.

Being without a phone, is probably where i have to go, and thats also just fine been there before and it was just fine.