Google's official launch of the Pixel 6 and Pixel 6 Pro smartphones isn't that far off. For this generation, Google seems to have decided to control the leakage by pre-announcing various juicy hardware and software features of its upcoming flagship. However, there might still be some big surprises at the official launch event, as it looks like a good platform to sucker punch the media with the announcement of one or two new Pixel branded foldables. 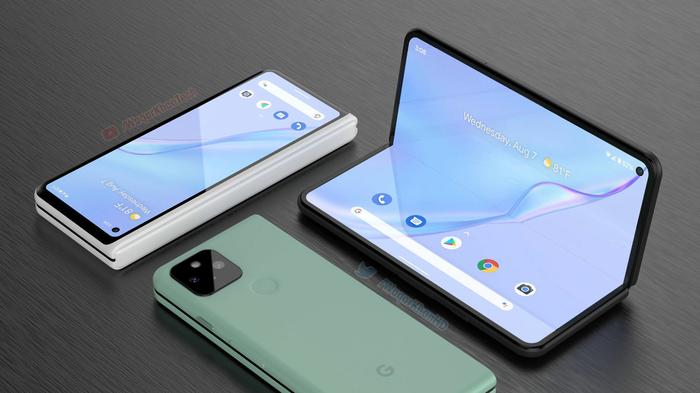 It looks like Google is going to market some Pixel series foldable smartphone devices and is following Samsung's MO in preparing both a 'Fold' style device codenamed Passport, and a 'Flip' style device which is codenamed Jumbojack. 9to5 Google has heard this from its sources, and found other indications of these devices in places like the Android 12.1 code. Renowned smartphone leaker @evleaks reckons that at least one foldable Pixel will go prime time this year and after two years of development it will be worth a look.

Jumbojack, possibly named after a hamburger from a US fast food chain, has been spotted as a device testing Android 12. To make the folding mechanism a useful and important part of the experience, Google has added 'postures' to the Android API; hinge positions like 'opened,' 'closed,' 'half-opened,' and 'flipped,' are within the OS code. Another important revelation is that the Jumbojack test device is elsewhere referred to as a 'Pixel', meaning it isn't some kind of dev-only prototype that might go nowhere. Other code references give clues to the use of extra screens when the main screens of these devices are closed. 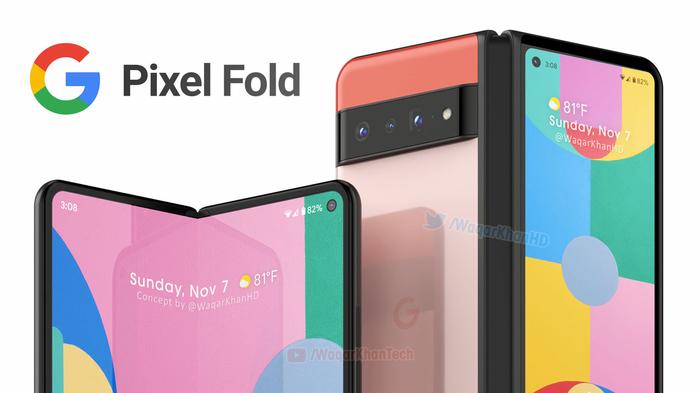 It is interesting to see both fold and flip style foldables in the smartphone arena, which is thus diverging from the way that feature phone foldables evolved. Whether one format becomes a clear 'winner' or they can co-exist comfortably remains to be seen. An alternative is that some other form factor arrives, perhaps a rollable, which demonstrates superiority and becomes dominant.

All above 'Pixel Fold' visuals from Waquar Khan Tech.

Posted by Ttaskmaster - Tue 21 Sep 2021 18:09
Fantastic news. The more companies getting into this, the better the devices will become and hopfully soon we'll have proper decent kit worth buying… and maaaaaaaaaaaaaaaaaaaaaybe even at sensible prices?
Copyright © 1998 - 2023, HEXUS.net. All rights reserved. HEXUS® is a registered trademark of HEXUS.