You are here:
General Features 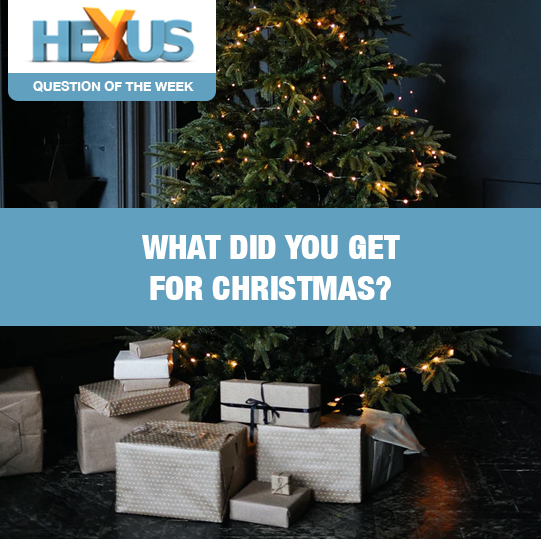 Christmas 2020 is rather different to the norm. Wherever you are, and whatever your local restrictions, we hope you've all managed to stay safe while keeping in contact with loved ones.

As we all reflect on a challenging year, it's nice to think there will be presents under trees that will put smiles on faces. With that in mind, let us ask: what did you get for Christmas?

What did you get for Christmas?

No young kids here, so we gave up presents many years ago. The trouble was, by and large, if anybody wants something, it's either well outside present budget levels, or we've already got it. So everybody ended up spending money on stuff nobody really wanted just to get a present.

So, instead, we all just decided to treat ourselves if there was something we really wanted, and if there isn't, to just not bother with presents.

We also, while mostly (but not entirely) are nominally Christian, but not exactly active. So for us, it's a time of year for peace and quiet, for family, for catching up on things lost in the normal hustle-bustle, and even for a bit of introspection and, in a way, meditation.

I am, however, considering a bit of self-presenting indulgence.

I started out fancying an Nespresso machine. I got as far as this before deciding it was getting a bit silly and reigning myself in…. quite a bit. That was a bit too indulgent.
Posted by Spreadie - Fri 25 Dec 2020 18:19
Fatter