You are here:
Internet Features 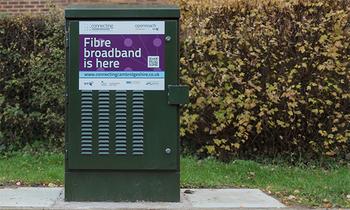 Spare a thought for the residents living on Erw Fawr, Henryd in North Wales and Wheatley Road, Corringham in Essex, which according to a recent report are the two streets in Britain with the slowest broadband.

The average download speed at both locations is a paltry 0.6Mbps, which is in stark contrast to the 57.6Mbps being achieved at Loundes Road in Dronfield, Derbyshire. The gulf in speeds is massive, and according to recent statistics, only 15 per cent of UK residents have access to superfast broadband capable of 30Mbps or higher.

But in the grand scheme of things, how does your home broadband speed stack up? To find out, head over to speedtest.net, test your connection and then post the result in our dedicated forum thread. Readers have been contributing to the thread since 2007, so it'll be interesting to see how speeds have been transformed over the years. And don't forget, once you've posted your speed, let us know if you consider it to be fast enough for your current needs.

(Used to be with AOL…..half the speed for more than double the price). Just did a test on the moscow server and got a faster connection lol up and down.
Posted by grizzla - Sun 18 Mar 2007 11:21
Im on virgin media 4mb but the speed varies ridiculously. Weekday mornings and after midnight i get 7-10mb but busy periods it drops to about 2-3mb.