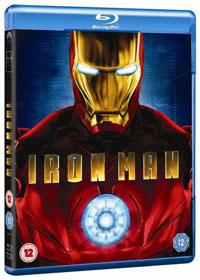 Iron Man, one of the most eagerly anticipated Blu-ray releases of the year, reached US stores earlier this week with the promise of exclusive content and an incredible entertainment experience.

Unfortunately, one particular bonus feature - Iron Man IQ - left many users waiting hours for the Blu-ray disc to load. This particular special feature is a web application that allows viewers to partake in movie-based quizzes, and it utilises Blu-ray's BD-Live functionality - a technology that pulls information from the Internet via an Ethernet connection.

Trouble is, Paramount hadn't anticipated the amount of traffic heading over to its BD-Live servers. With capacity quickly exceeded, the servers soon began to cripple under load and many users were left waiting for hours for their disc to fetch the exclusive BD-Live content. Those aware of the problem found a quick fix - disconnect the Blu-ray player from the Internet and the movie loads instantly.

Paramount has since issued a statement that says: "The issue should be completely resolved but if anyone experiences a brief traffic jam, we have provided consumers with a menu option during disc startup that allows them to go directly to the movie main menu or continue to download the BD-Live features."

Technology eh? Here's hoping Warner Bros. is prepared for the monumental amounts of traffic that will follow its release of the Blu-ray version of The Dark Knight.

I have pre-ordered my Iron Man.