Photography is certainly one of the driving forces behind smartphone development. We seem to be seeing a surge in the focus on smartphone imaging again, in a cycle I'd say extends back to the final generation of premium feature phones. Some state-of-the-art 'smartphoneographer' tools include lenses delivering 100X+ zoom, sensors boasting 100MP+, and combinations of multiple lenses, Go-Pro-like video capture, IR, ToF, and macro/microphotography lenses, plus features like gimbal systems, as well as camera rotating and flipping mechanisms.

How much further can the smartphone industry go in differentiating devices with camera features? I think Vivo is approaching the limit with its patented smartphone packing a flying camera drone. Vivo's patent was published at the start of this month and unearthed by Lets Go Digital (and Liliputing) shortly after.

Drone photography can be brilliant and beautiful. I've spent time watching drone footage of holiday areas before / after I've visited, and they are great for looking at things from a new angle, not just scenes - but sports and other activities. Vivo seems to think that it is possible to integrate a practical flying camera drone in the body of an average looking slab smartphone.

The drawings in the Vivo patents show a device with somewhat larger bezels than you might be used to seeing nowadays – but it might be forgiven for leaving interior room for the flying drone tray which stores the drone when not in use, and uses up about a third of the inner volume.

The drone itself has been sketched out as a rounded corner square object which features four rotor blades. Imaging equipment stuffed into the camera drone includes; a dual aspect camera system plus three infrared proximity sensors. A battery is needed in the drone too, of course. Vivo's design also includes a mounting bracket with fingerprint sensor. As it stands, the design is flexible, and Vivo talks about having more camera sensors included (up to four) for additional / alternative viewing angles. 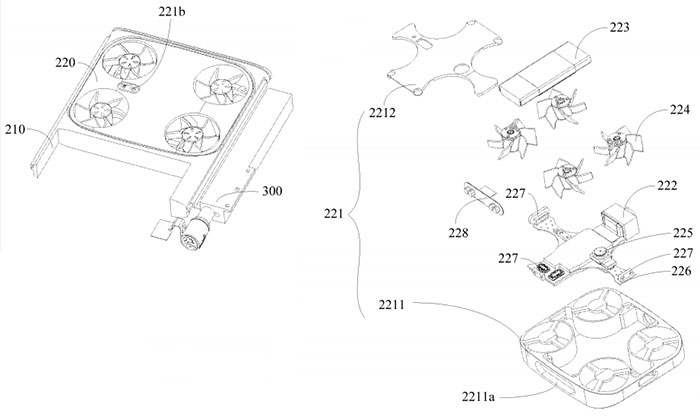 Such a compact sized photography drone will have its own set of challenges, with fragility, range, control, and stability among them. Moreover, if this technology 'takes-off' can you imagine swarms of these things springing into the air at various events, venues, and scenic spots – they might make you miss the days of the selfie stick.

A patent published doesn't necessarily precipitate a product launch, but if Vivo could make a sleek and slick working sample of this smartphone in the coming months, it would be a showstopper. 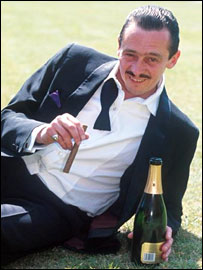 on the upside, given the small size of the thing, most birds will be able to take it down, and finding the thing if it loses signal will be a nightmare. It's bad enough finding a regular drone (so I'm told) but this thing will be like hunting for a golf ball in the scrub. Be useful in alton towers though to see the length of the queues. Or scribble a post it and fly it over the crowd to the barman to get your order in. There are some building surveys etc where being able to see the roof might help (but those folk tend to have proper drones anyway by now). Where else could this reasonably be used? Is this a solution to a problem that isn't really there?
Posted by mers - Wed 07 Jul 2021 13:03
Great , kids could have fun firing catapaults at swarms of these little buggers buzzing about. Could see this becoming a public nuisance if it takes off ( excuse the pun. lol ).
Posted by [GSV]Trig - Wed 07 Jul 2021 13:04
For indoor use maybe, but outside, anything stronger than a sneeze is going to blow it all over the place..
Posted by cptwhite_uk - Wed 07 Jul 2021 13:30
it's a gimmick, a drone needs a certain weight to make it stable, in anything but still air it's going to be impossible to control