HTC didn't bring a new flagship smartphone to MWC 2016 but instead decided use the world's biggest mobile technology event to showcase its Vive VR headset. The Taiwanese firm didn't ignore the smartphone market completely, there was a trio of new smartphones revealed by HTC at MWC, but they were all members of the middle market Desire range with their funky 'micro-splash effect' colour shells being a 'feature' highlight.

Last Wednesday HTC officially teased us with a video called 'We're obsessed ‪#‎powerof10'. The narrator said that the firm is "still finding ways to make your phone even better," ending with "you'll see... Find out what we're obsessed about." See the video embedded below.

Since that first official mention of the '10' there has been a flurry of leaks from many sources, so now, as usual nowadays, we can have a pretty good look at the specs and the design of the upcoming smartphone before it is officially launched. Much of this information comes from two sources; @OnLeaks, and @evleaks, serial Twitter surprise-spoilers which many of you will surely have heard of before. It seems like these two guys have been pretty competitive over leaking details of the forthcoming HTC 10, see below for an example. 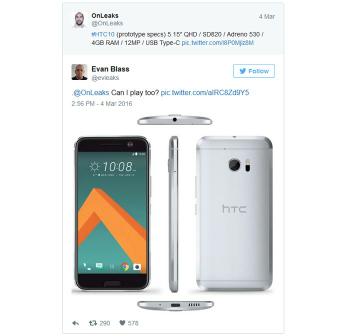 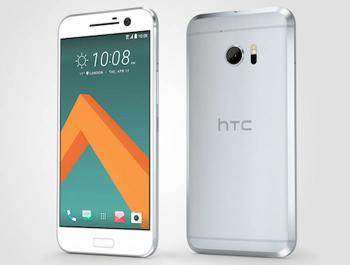 Other observations about the hardware are that HTC appears to have dropped its BoomSound dual speaker system on this latest flagship. In the pictures you can see a single speaker grille on the bottom of the unit flanking the USB Type-C port. On the other side of the USB Type-C port resides one of the microphones. Besides the touch screen users interact with the smartphone using a capacitive area at the bottom of the phone where there is also a finger print reader. You can see power and volume rocker buttons on the right of the phone and a headphone jack on the top. Last but by no means least, you get to see the overall design of the HTC 10 with its distinctive bezel, which is highlighted in the dark teaser image below. 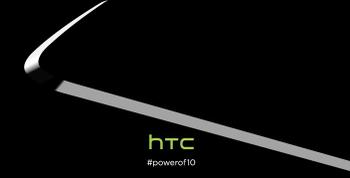 The release, or rather the launch date, for the HTC 10 will be 19 April, as evidenced by the @evleaks render, according to the man behind that Twitter account, Evan Blass. Extrapolating that logic, the launch event looks like it could be planned to take place in New York.

Posted by CustardInc - Mon 07 Mar 2016 12:11
So they've gradually been removing features from the front of the phone, while somehow retaining the massive chin and forehead? Hats off to HTC's engineers for that stunning achievement, let's see if the marketing team can save this one - my money's on no
Posted by iranu - Mon 07 Mar 2016 12:35
Battery life? Dual Sim? Removable storage?
Posted by cptwhite_uk - Mon 07 Mar 2016 12:42
Nothing compelling as far as I can see. Shame.

Samsung has arguably the best looking phone with waterproofing and micro SD and best in class camera (yes I know the reviews aren't in yet, but check the pictures).

Apart from a new design (which doesn't impress if I'm honest) what is HTC bringing to the table…presumably a price comparable to Samsung / LG, probably no micro SD or water proofing (based on previous designs). Screen is same size and res as the Xaomi Mi 5, so it'll be interesting to see the weight and width of the HTC 10, given Xaiomi managed to fit this into a 69.2mm width and 129g (with a 3000mAh battery to boot).