The Nintendo Switch was first officially revealed back in October. Nintendo provided quite a lengthy sneak peek preview video showing its adaptable new games console in use in a variety of ways and places. Again big N wanted to show that it designs its consoles for pure fun father than trying to compete on a hardware spec shopping list. However, Nvidia was pretty proud of its design win so spilled a few hardware details on reveal day, informing us that the Switch used a custom Tegra processor and custom software with specially created optimised gaming APIs. 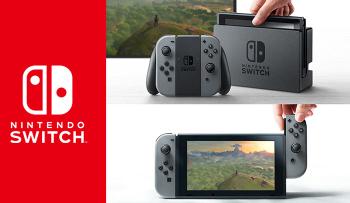 According to the unnamed insiders, Nintendo couldn't wait for a Pascal infused Tegra SoC to roll off production lines so plumped for the 20nm Maxwell graphics packing custom chip. On a positive note for Nintendo, it is said to have got the Tegra processors at a "low price" so that could help with the console's penetration.

With the Switch's expected screen resolution of 720p, with Nintendo art style graphics featuring in many key titles the console is still expected to have enough muscle. What happens in titles that are cross platform and comparable to ports across devices such as PS4, Xbox One and PCs could be another matter. VentureBeat ponders whether an upscaled 540p resolution might be employed for smooth gameplay in some fast-action titles.

Now EuroGamer and Digital Foundry claim to have dug deep enough to discover the Tegra clock speeds that the Nintendo Switch runs at. Its headline 'discovery' is that while out of the powered dock the device's GPU is massively steeped down (to 40 per cent of its docked speed). But there are a few more interesting details in this custom 20nm Tegra X1 SoC. 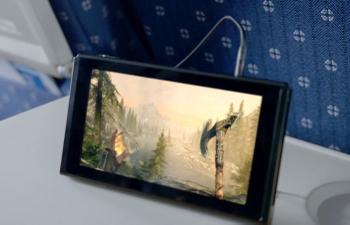 As mentioned above, big changes occur depending on whether the Switch 'tablet' is docked or not. Whatever the mode, the CPU cores don't miss a beat at a steady 1020MHz. However, detach the tablet portion of the Switch and the memory clocks are reportedly tuned down from 1600MHz when docked to 1331MHz. GPU speeds are cut even more drastically in undocked mode. It is said that the SOC's GPU max clocks are down from 768MHz docked, to 307MHz undocked. That's a 60 per cent cut in max GPU clock speeds, to conserve battery one would guess.

EuroGamer speculates that with the portable being designed to be capable of 720p in its lower clocked portable mode, it might be fine at 1080p native as supported by most big TV sets in homes. Remember that the SoC is but one key component of the Switch. Nintendo and Nvidia have worked on optimised APIs and more for the system, so might be able to achieve a surprising amount from the comparatively modest spec sheet.

Posted by EvilCycle - Tue 20 Dec 2016 11:57
Whilst Maxwell is a “last-gen” GPU for bleeding edge PC gamers, it is still harnessing cards that are newer than the original model PS4 and X1 GPU's, and are still being used by many on all the latest games. I think that part of the article is a little unfairly explained in regards to the overall picture it paints.

I think and hope the reason for the GPU being higher clocked when docked is due it needing a higher resolution for good results on a large TV screen, I would like to hope the overall performance and look of the games won't appear to be much different to the untrained eye whether docked or not due to the difference in screen sizes.
Posted by Percy1983 - Tue 20 Dec 2016 12:50
Makes sense, run at 720p when undocked which needs less power so can downclock and save battery, then when on the TV plugged in go all out.
Posted by darcotech - Tue 20 Dec 2016 12:53
What is MSRP for Nintendo Switch?
Where I live I see pre-orders starting at 469USD which I think is too much for this kind of console.
Posted by excalibur1814 - Tue 20 Dec 2016 13:45
OH MY GOSH! OH MY GOSH! OH MY GOSH!

Notices that it has Mario… “Take my Money now!”
Posted by Xlucine - Tue 20 Dec 2016 14:34
Have we seen 20nm maxwell anywhere else? Or is this the first outing of what maxwell was meant to be?