HEXUS reported upon rumours of a new Nintendo Switch model back in March this year. At that time Bloomberg's sources focussed on the adding of a better, faster SoC which would enable the use of DLSS technology – helping Nintendo create a console to address the significant 4K TV market. We heard at the same time that Nintendo was going to install a 7-inch OLED screen in the device.

Now Bloomberg has followed up its March report with further details from 'people familiar with the matter'. A lot of the new info is about manufacturing, promotion and launch schedules – and Eurogamer's sources are confirming the leaks this time around.

The latest info says that the new Nintendo Switch will be in production starting in July this year, with the release of the updated model pencilled in for September or October. Production will ramp up to full throttle in time for the Christmas gifting rush.

Nintendo's new Switch will replace the previous model, but is likely to have a higher MSRP. The handheld-only Switch Lite will continue as it is for the time being to provide a cheaper entry point. On the topic of upgrades being delivered to the Switch - nothing seems to have changed since the March leak – it still seems to be an offering based around an improved SoC, with OLED screen, and Nvidia DLSS coming into play for big screen plugged-in gaming. 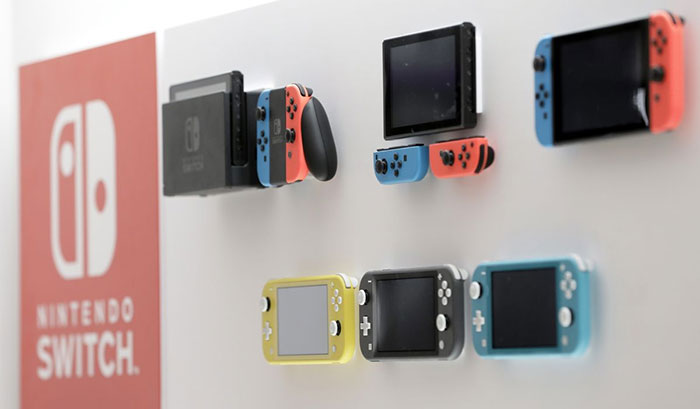 Another juicy detail from Bloomberg / Eurogamer is that the new Switch will be revealed ahead of E3 this year. Doing so will allow Nintendo games developers to showcase their Switch Pro titles and enhancements during the show. Nintendo's own E3 event hasn't been firmly scheduled but is expected to fit in at the end of the Expo. So, you have Switch Pr reveal first, developers can talk freely about enhanced titles, and Nintendo follows up slighter after these news bites with a fuller hardware and first party software reveal.

Given what we now know about the 'Switch Pro' how much extra do readers think it will cost? Do the purported upgrades make you feel like buying in?

Posted by Eggburt69 - Fri 28 May 2021 13:14
All I want is Metroid Prime 4, well and Zelda Breath of the Wild 2. Oh, and a new graphics card for my PC that is not ridiculously expensive and preferably no more power hungry than my current model (1070).

Will certainly be interesting, but will hold off buying one until at least one of the two aforementioned games are available.
Posted by aniilv - Fri 28 May 2021 14:30
can't see it improving anything for the end user. at least ps4 pro had initial push for 60fps implementation in games
Posted by Spud1 - Sun 30 May 2021 11:29

aniilv
can't see it improving anything for the end user. at least ps4 pro had initial push for 60fps implementation in games

Aside from a larger, better quality screen, 4k support, DLSS for higher framerates you mean…

Spud1
Aside from a larger, better quality screen, 4k support, DLSS for higher framerates you mean…

Should be a nice improvement and i'll very likely pick one up eventually if they can be bought at RRP. Looks like a nice upgrade.

if the games are coded at 30fps they will run at 30fps, the dlss is for 4k support and not high framerates

also 4k games that have the old console texture limits will not exactly look much better now will they? its all marketing gimmick, is what i was trying to say
Copyright © 1998 - 2023, HEXUS.net. All rights reserved. HEXUS® is a registered trademark of HEXUS.