Gaming peripherals specialist Mad Catz appears to be having a tricky time staying afloat. The company, established in 1989, could face closure if its next great hope Rockband 4, and all the associated games controllers that it will help sell, isn't a smash hit. 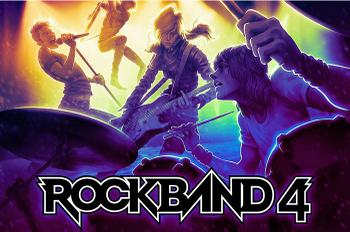 Independent auditor KPMG assessed Mad Catz' prospects as a 'going concern' at the end of last month. It found that the games peripheral maker would have to "increase net sales and gross profit considerably," to make it through the financial year. At that time creditor Wells Fargo could have called in its debts or decided to extend its terms via a waiver.

It turns out that Mad Catz has since secured its funding to at least survive through the launch of Rock Band 4. Though Wells Fargo had several times previously provided a waiver for the debt covenants broken, its seems like the uncertainty of whether it would call them in eventually had influenced the KPMG assessment. Such waivers cannot be assumed by an auditor. Wells Fargo probably issued a waiver as Mad Catz appeared to be turning around. Since 2011 it hadn't made a profit but losses have been getting smaller and it even managed a positive net income of $4.7 million for the financial year ending March 2015. 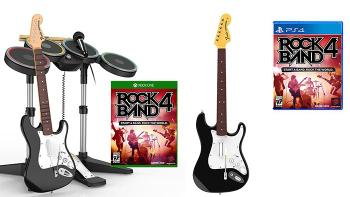 Now Mad Catz has secured $30 million in new funding. It has got $20 million (expandable to $35 million) to use to make Rock Band 4 a success by the end of this year, and $10 million for wholly-owned subsidiary Mad Catz Europe over the next three years.

The success of Rock Band 4 will be make-or-break for Mad Catz. However the firm is very confident that it will be a hit in this often unpredictable business environment. "We are anticipating significant growth in sales and gross profit from Rock Band 4 this year," said Mad Catz chief financial officer Karen McGinnis to Game Informer. Rock Band 4 is released on 6th October.


Obviously Mad Catz want to bet on that not being true!

I'm surprise the Farm simulator wheel didn't leave them cash-rich for the next 10 years ;)
Posted by flufflogic - Mon 06 Jul 2015 14:19
It didn't so much wear off as plain disappear. Guitar Hero's back this year too though, and they're really very different from each other now.
Posted by crossy - Mon 06 Jul 2015 16:17
The very survival of a company depends on the success (or lack) of a console game? If so, then I'm very glad that I don't work for that company!

flufflogic
It didn't so much wear off as plain disappear. Guitar Hero's back this year too though, and they're really very different from each other now.

Don't forget Rocksmith either.
Posted by evs - Sun 12 Jul 2015 19:45
Would be a shame as MadCatz have made some decent ‘none rip off’ 3rd party kit for such a long time.
Seems like they diversified a little too fast :(
Copyright © 1998 - 2023, HEXUS.net. All rights reserved. HEXUS® is a registered trademark of HEXUS.