Take Two Interactive has released its financials for its second quarter, ending 30th Sept. The company has progressed well with $492.7 million of revenue generated, as compared to $443.6 million in last year’s fiscal second quarter. Of this digital revenue was $358.4 million, up 18 per cent year on year. In this most recent set of results the largest contributors to revenue were; NBA 2K19 and NBA 2K18, Grand Theft Auto Online and Grand Theft Auto V, NBA 2K Online 2, Dragon City and Monster Legends, and WWE SuperCard. Yes, the Red Dead Redemption 2 (RDR2) income stream isn’t included in this reporting period, of course.

We already know RDR2 is a resounding success, at the end of October HEXUS reported that the game became the entertainment industry’s second biggest launch ever (after GTA V) after it raked in $725 million in its first three days. In an update on this success story a few hours ago (coinciding with the financials), CNBC reported that in 8 days RDR2 has already outpaced the original game in total sales. So far 17 million units have been sold. With these stellar results Take Two has increased its outlook for the full financial year. 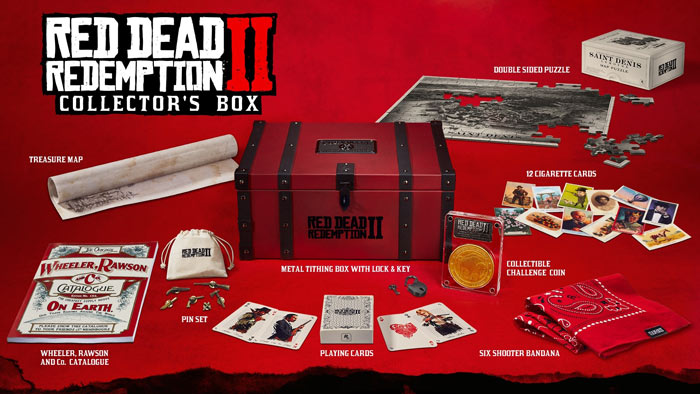 As usual in the wake of financial results a conference call was held with questions from investors. VG247 reports that a plucky investor raised the question on many a PC Gamer’s mind – will RDR2 be coming to PC? For the sake of clarity, and due to a wooly answer, I have reproduced the verbal exchange below.

The answer is more or less ‘no comment’, unfortunately. Meanwhile RockStar is busy preparing for the release of Red Dead Online beta later this month.

Posted by jibjab - Fri 09 Nov 2018 12:05
They are a business and as such only really care about profit, if they announce a PC version even if it is a year off it may put people off buying it for console, they would obviously prefer these people to buy it twice :)
Posted by cptwhite_uk - Fri 09 Nov 2018 12:46
Yes, it's coming to PC, around October 2019. Wait or don't, your choice :)
Posted by Usernamist - Sat 10 Nov 2018 16:57
RDR1 came to PC around early 2018. If you're patient enough,all games come to PC eventually, officially or not.
Posted by Troopa - Sun 11 Nov 2018 09:35
Back when GTA made this switch to releasing console 1st I kinda thought it was to justify the losses they made on pc due to piracy which was rampant a decade ago. Nowadays no issue so no real excuse to protect development so its a bit shameful that they cannot even plot the pc release on a roadmap. I'm guessing 12 months though. So really 2020 for any decent mods so a long time yet for PC gamers imho.
Posted by Terbinator - Sun 11 Nov 2018 12:54

Usernamist
RDR1 came to PC around early 2018. If you're patient enough,all games come to PC eventually, officially or not.

RDR1 has never come to PC? And most likely never will as the game as an absolute spaghetti engine powering it.