Electronic Arts has just released its Q3 FY20 results which, as well as providing important information for investors, provide some insight into its current successes and plans for the coming year. The headlining details in its earnings release seem to be positive overall, with quarterly revenue hitting $1,593m, representing growth of 20 per cent over last year's corresponding quarter. 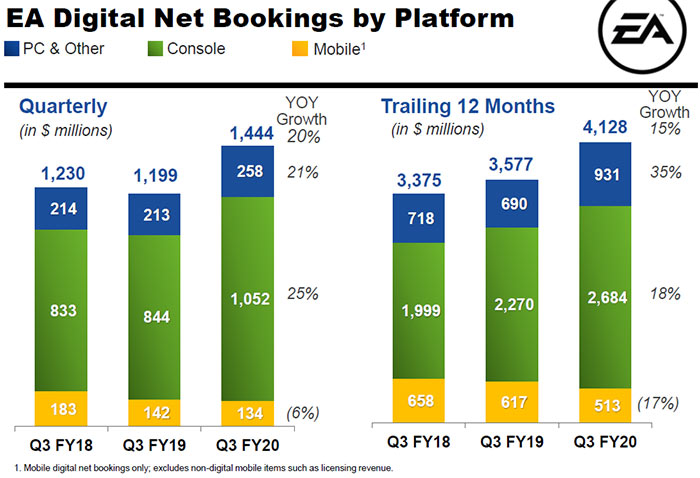 In the investor presentation slides I found it interesting to ponder over the growth trends shown above. Splitting digital sales by platform seems to show that the once rampant 'mobile games' segment has been in decline for a while, but consoles and PC have grown quite steadily over the same two year period.

In the post-earning conference call we got to learn more about what EA will do in the coming financial year to keep things rolling smoothly forward. To maintain momentum EA has plans to publish 14 new games in FY21 (its next financial year starts in April 2020).

In brief, the pipeline for FY21, as summed up by senior Niko video games analyst Daniel Ahmad is as follows: 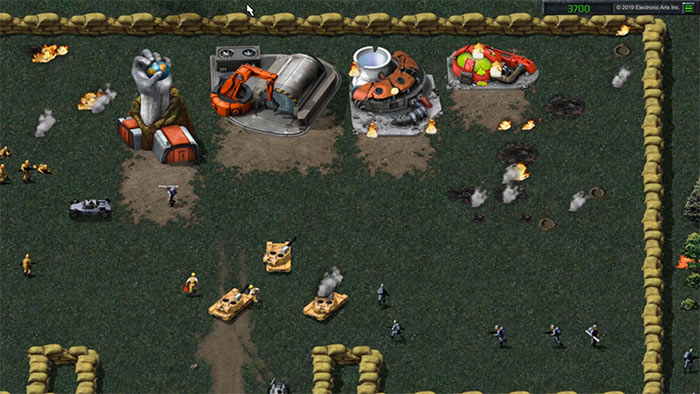 The four major titles could include the remastered Command & Conquer, it is thought. Another possibility is the Medal of Honour VR game and various projects in the works at Motive, DICE, Bioware, and Criterion. If you are wishing for a new Battlefield , Dragon Age, or Star Wars game then you will have to wait until FY22.

The Nintendo Switch was in the news earlier today. EA's interest in the platform grows as the popularity of this console grows, noted CFO Blake Jorgensen. However, EA seems worried that "the top-selling titles by a long shot are all Nintendo software". Nevertheless, Nintendo fans should still watch out for EA titles coming to Switch in the future.

4 HyperX teams up with Champion for RGB reflecting clothing

17 Xbox Series S Lockhart to be revealed this August

dannyboy75
I wonder how many of those 14 titles are not sequels?

'[GSV
Trig;4172099']I wonder how many of those 14 will be bug-free, or at least if they have bugs, those bugs will be fixed before they start releasing DLC…

I wonder how many will be poorly released titles like Anthem….