Amazon has launched an early access version of its cloud gaming service in the US. Amazon Luna+ is the name of the service and US customers will be able to play on their Fire TV, PC, and Mac as well as on web apps for iPhone and iPad, with Android coming soon. This AWS powered games streaming service will initially be available on US$5.99 monthly subscriptions and features big name games such as Resident Evil 7, Control, and Panzer Dragoon.

If you are a US resident and interested in Luna you can request an invitation for early access and help provide feedback on the service at this stage. Amazon asserts that it has the cloud muscle to stream high-quality, immersive games, at up to 4K and 60fps. "We created Luna to make it easy to play great games on the devices customers already own and love," said Marc Whitten, Vice President, Amazon Entertainment Devices and Services. "We are excited to work with gamers, streamers, and publishers like Ubisoft and Remedy Entertainment to build a great gaming experience for everyone." 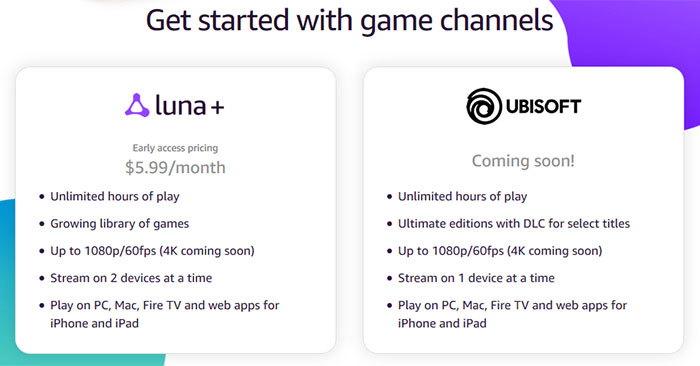 Luna+ works as a game channel on your Fire TV, PC, and Mac or via apps for iOS / Android. To get started you subscribe to the Luna+ channel and pay the above mentioned fee of $5.99. Amazon revealed an initial range of titles on the platform, as below: 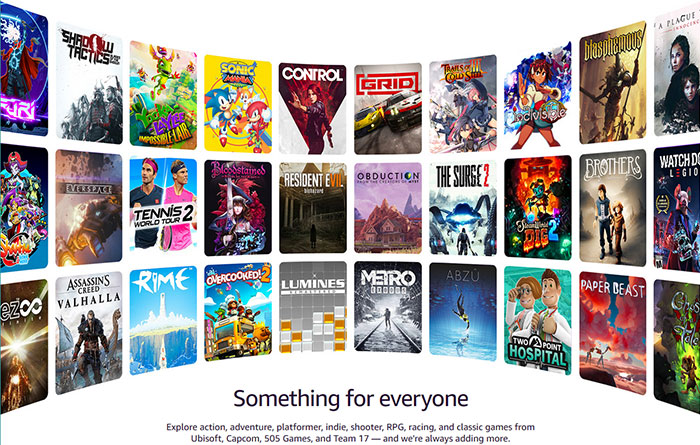 Additionally Amazon has worked closely with Ubisoft to set up a dedicated channel for the publisher. "Ubisoft's channel on Luna will allow players to experience our new releases along with many of our catalogue games, while enjoying player-friendly features like Alexa and Twitch integrations," said Chris Early, SVP of Partnerships and Revenue, Ubisoft. The newest Ubisoft titles such as Assassins Creed Valhalla, Far Cry 6, and Immortals Fenyx Rising will be available for instant play and resume on Luna. 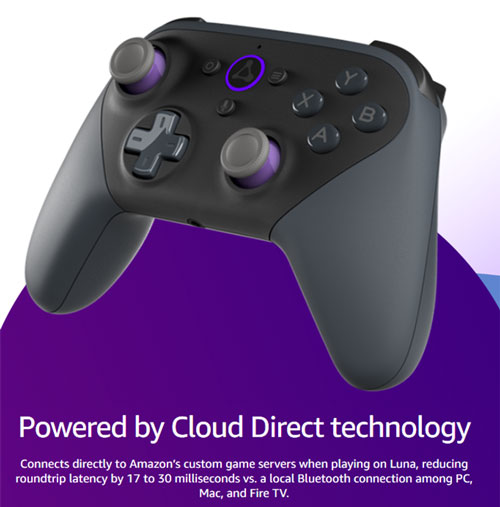 Luna+ subscribers will be able to use their keyboard and mouse, a Bluetooth game controller, or the new Luna Controller with Cloud Direct technology to play the catalogue of games available. Providing details on that latter option, Amazon says that the Luna Controller "is Alexa-enabled and connects directly to the cloud to effortlessly control your game, featuring a multiple-antenna design that prioritizes un-interrupted Wi-Fi for lower latency gaming". It asserts that using the Luna Controller in Wi-Fi direct mode reduces roundtrip latency between 17 to 30 milliseconds among PC, Fire TV, and Mac gamers - as the controller directly connects to the cloud servers. During Luna+ early access Amazon is selling the Luna Controller for $49.99.

In other Amazon news today the online retail giant has added two new Fire TV sticks to its HDMI connected hardware roster. The all new Fire TV Stick is now said to be 50 per cent more powerful and comes with both HDR and Dolby Atmos Support. Under the bonnet you will find a new processor, with dual-band, dual-antenna Wi-Fi supporting 5GHz networks. The included Alexa Voice Remote has dedicated power, volume, and mute buttons. Priced at $39.99/ £39.99. 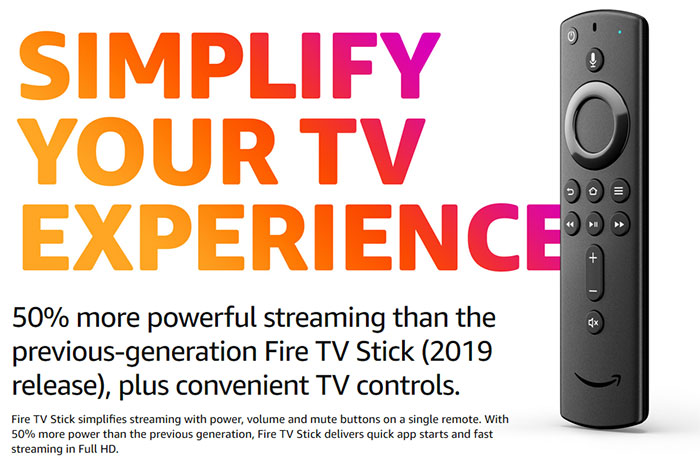 The new Fire TV Stick Lite is still 50 per cent more powerful than its predecessor. It features HDR support. Bundled with this device is an Alexa Voice Remote Lite (no TV controls). This is priced at $29.99/ £29.99.

God of War, Gran Turismo, and Uncharted games may be lined up for PC release.

Federal judge said Apple wasn't a monopoly but opened up another revenue angle for devs.

In all honesty, even though I do shop at amazon (seems to be less frequently these days though, primarily due to having to siphon out delivery direct from china etc) I can't say I want anything else (apart from maybe prime video) from them.

Gentle Viking;4256896
So now i am going to give Jeff my time too, just want to know when he ask for my first borne too.