You are here:
Industry Hardware News

The PlayStation 5 is selling extremely well according to Jim Ryan, President and CEO of Sony Interactive Entertainment. Pre-order demand is considerable, asserted the exec in an interview with Reuters. If you want to compare against the previous generation, Ryan says that Sony pre-sold as many PlayStation 5 consoles in the first 12 hours in the United States as in the first 12 weeks for its predecessor, PlayStation 4. 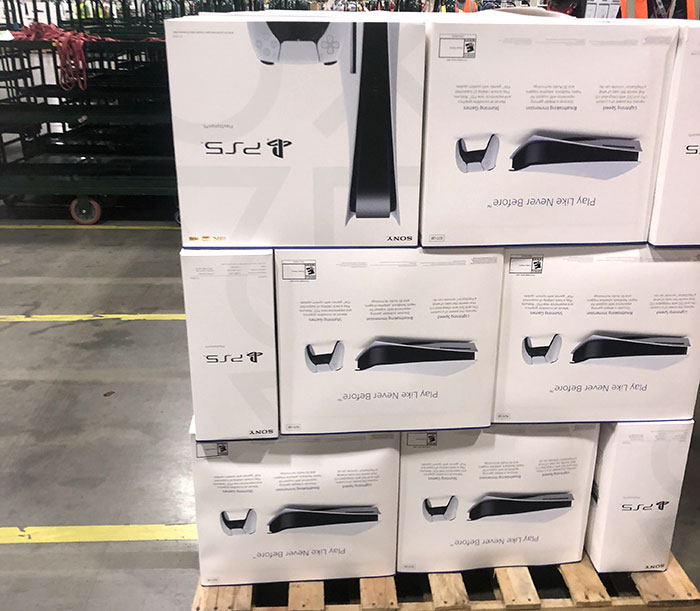 With such a weight of pre-orders Sony is working hard to ensure supplies will sate the pre-Christmas season. However, Ryan warned that "It may well be that not everybody who wants to buy a PS5 on launch day will be able to find one". Interestingly, from a financial point of view, the PS5 is "expected to be the first next-generation device not to push the gaming division to an annual loss in its launch year," observed Reuters which pondered over Sony's latest set of financials and forecasts.

With the PS5 launch date set for Thursday, 12th November, Sony has seen fit to release the PS5 launch video dubbed 'Play has no limits'. This is nothing like Microsoft's recent Xbox Series X/S walkthrough video, and even for a TV commercial format it is definitely style over substance.

Perhaps more interestingly Sony has a video introducing the new PlayStation App which allows you to Chat with friends, get the latest gaming news, download games to your PS4 or PS5 console, and manage storage, while you are out and about. PS Remote Play is a separate app.

In a blog post published in the wake of AMD's announcement of the Radeon RX 6000 Series of RDNA 2 GPUs, Microsoft wanted to remind Xbox fans of its close relationship with AMD. It asserts that the new processors in its next gen consoles come with "full hardware support for all the RDNA 2 capabilities AMD showcased today". For confirmation it lists; hardware accelerated DirectX Raytracing, Mesh Shaders, Sampler Feedback and Variable Rate Shading.

The Xbox Series X/S will benefit from launch titles such as Ubisoft’s Watch Dogs: Legion showcasing Hardware accelerated DirectX Raytracing, as well as other advanced graphics techniques. Other games coming to the console with RDNA 2 enhanced visual fidelity include; Gears 5, Assassin’s Creed Valhalla, Dirt 5, "and many, many more".

Last but not least on the topic of the new consoles from Microsoft, I feel compelled to point out that the Xbox team have a competition for a fridge that looks like an oversized Xbox Series X. The 'sweepstakes' is open worldwide and runs until 4th November.

Follow and retweet with #XSXFridgeSweeps for a chance to win the Xbox Series X Fridge.

Posted by Yoyoyo69 - Thu 29 Oct 2020 12:46
Is this Sony attempting to creatively give misleadingly information?

Does the first 3 months of the PS4 life include pre-orders?
Posted by Darkedge - Thu 29 Oct 2020 13:33
Love the fridge and the video reveal is just so much fun.
Wish Sony had done a George Foreman Grill pisstake with the PS3…
Posted by JeromeHubbard - Fri 30 Oct 2020 10:41
If you are searching for something new to play and you are ready to spend money on it, then you can try <a href="https://starburst-slots.com/">starburst slot free spins</a>
Copyright © 1998 - 2022, HEXUS.net. All rights reserved. HEXUS® is a registered trademark of HEXUS.