Before the Windows 11 launch, you may recall that one of its touted features was the ability to run Android apps, just like a standard Windows app. This interesting feature has now arrived in beta - more specifically, it is available for Windows Insiders in the beta channel in the US.

In a blog post about installing and using Android apps and games on Windows 11, Microsoft trumpets its philosophy that its OS is "welcoming to partner technologies and content that delivers powerful experiences". The first preview of the Windows 11 Android apps experience demonstrates this in partnership with Amazon and Intel. Microsoft is using the Amazon Appstore app on Windows as the store-with-a-store to let you peruse and install Android apps and games. Meanwhile, Intel helped by providing Intel Bridge Technology - a runtime post-compiler that enables applications to run natively on x86-based devices, including running those applications on Windows. Don't worry too much about the Intel ties though, Microsoft assures that Android apps will run on Windows 11 systems powered by Intel, AMD, and Qualcomm processors. 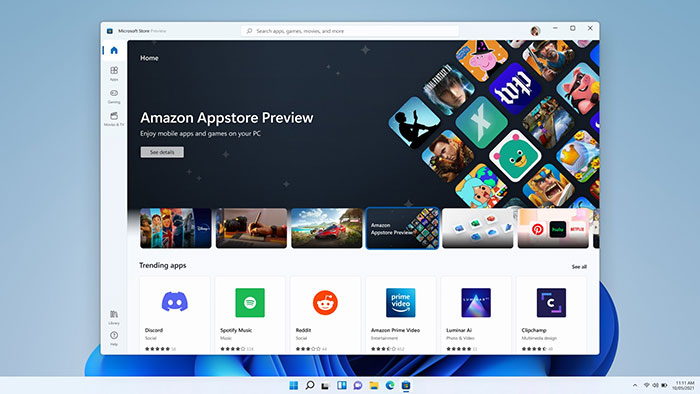 There are a number of provisos to get through if you are interested in trying out some Android app shenanigans on your Windows 11 setup. Please check through the following official guidance:

With the above satisfied you can run the Amazon Appstore and pick through a curated stack of 50 Android apps and games. Microsoft wants users to test the many flavours of Windows 11 machines out there but is purposely restricting the app pool to get a more concentrated set of results (a selection of games, reading apps, and children's educational content). This is understandable, but it says it will be expanding the number of apps available in the coming months. 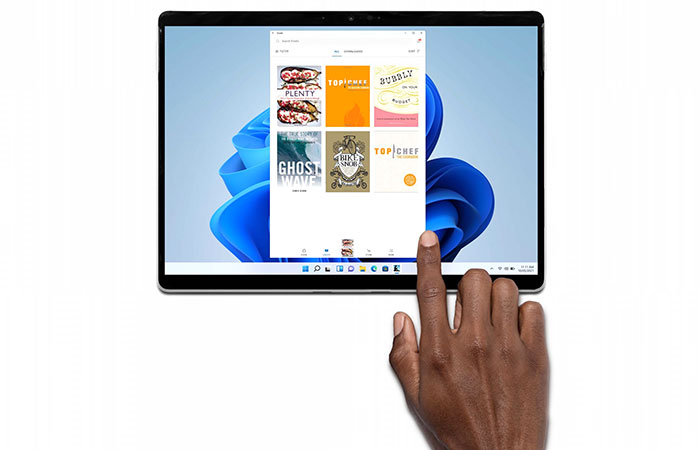 Microsoft says that Android apps in Windows 11 are enabled via the new Windows Subsystem for Android, which includes the Linux kernel and the Android OS based on the Android Open Source Project (AOSP) version 11. "The Subsystem runs in a Hyper-V Virtual Machine, like the Windows Subsystem for Linux," is it explained, and "it understands how to map the runtime and APIs of apps in the AOSP environment to the Windows graphic layer, the memory buffers, the input modes, the physical and virtual devices, and the sensors."

With the above integration, Android apps should play very nicely with Windows 11. An Android app should run very much like a Windows app; side-by-side with other apps, neatly fitting your screen or multitasking window setup thanks to the new Snap Layouts feature, pinned to your Start menu or Taskbar, can use Windows Clipboard, and can be interacted with via mouse, touch, or pen input. Android apps are also integrated into the Alt+Tab and Task view, and you will see notifications from these apps neatly listed in your Action Centre. Microsoft says that many of the latest Windows Accessibility settings will work with Android apps too. 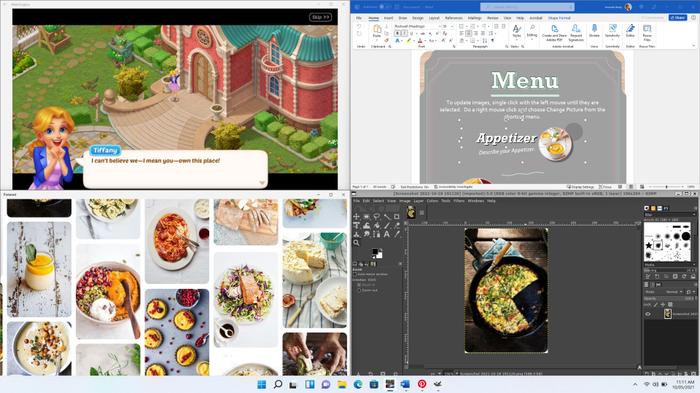 Microsoft would appreciate testing and feedback by as many Insiders as possible. Updates will continue for the coming months – Microsoft stresses that this is just Day 1 of the folding in of Android apps to Windows 11.

Does anyone have any specific Android apps or games that they would wish to run on their Windows PCs?

acewing905
“You may need to enable virtualization for your PC’s BIOS/UEFI.”
So it's running on a HyperV VM hidden out of sight?
It's like Project Astoria all over again

acewing905
“You may need to enable virtualization for your PC’s BIOS/UEFI.”
So it's running on a HyperV VM hidden out of sight?
It's like Project Astoria all over again

It's a compatibility layer much like Windows Subsystem for Linux so it's translating the Android (basically Linux) system calls the app would make to ones Windows can understand and use.
Posted by Rubarb - Thu 21 Oct 2021 17:53
I can't think of anything worse
Posted by Rad77 - Fri 22 Oct 2021 18:10
When this was first announced I thought that it was rather a cool idea, apart from the limiting use of the Amazon store. But on reflection I can't think of a single app that I'd want to run on the PC… anyone have any suggestions for an app that would be of any use whatsoever and doesn't already have a website anyway?

Edit: ok in reply to my own question I suppose if you didn't have an Android device at all then there might be something, maybe…