You are here:
Industry Entertainment News

Watching people play video games is much bigger now than one might have expected back in the era of the original GamesMaster TV series (it was broadcast on Channel 4, from 1992 to 1998). With this in mind, the producers of the GamesMaster reboot must think they are on to a sure-fire winner. The intentions of producing a reboot were made public by Channel 4 back in Feb, and last week we saw evidence that preparations are in full-swing, as a casting call went out for contestants on a 'gaming challenge' TV show. 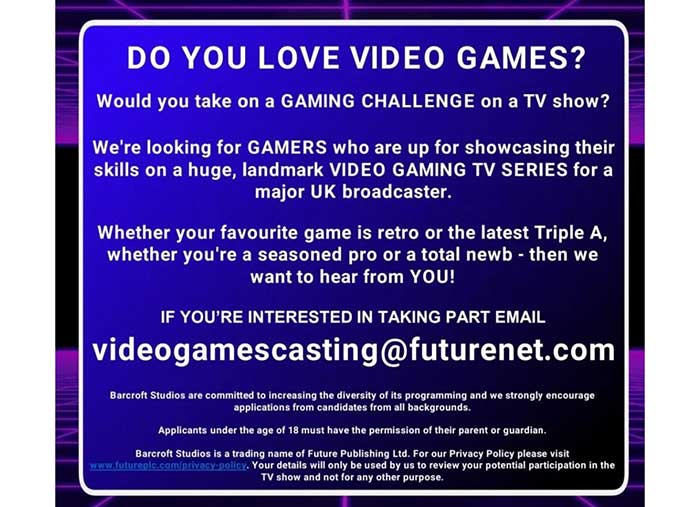 The advert for gaming contestants was shared on GameFAQs last week, but promptly taken down for violating some or other forum rule. It doesn't mention GamesMaster by name but if you look up the forum poster, Albert Bankolé, on LinkedIn, you will note that from last month he has been working as the assistant producer on GamesMaster. Barcroft Studios is a trading name of Future Publishing which owns the GamesMaster name rights, and was the publisher of the associated magazine. Channel 4 has described the GamesMaster reboot as a 'social first' show to its advertisers. That apparently means it will air on E4, its YouTube channel and social media platforms.

From what we know so far, the format of the new GamesMaster sounds familiar, with a mix of retro and modern AAA gaming challenges. If anything like the original, it would also feature some games reviews, and the chance for contestants to win a Golden Joystick trophy. C4's reboot is going to include some celebs playing a competitive tournament over several episodes, too.

On the topic of who will be on the show, it will be very important to get a good host, appealing to retro and modern gaming fans alike. A previous E4 publicity photo hinted that ex Star Trek TNG mainstay Sir Patrick Stewart might fill Sir Patrick Moore's shoes (helmet?) as GamesMaster, but apparently no one can make it so. 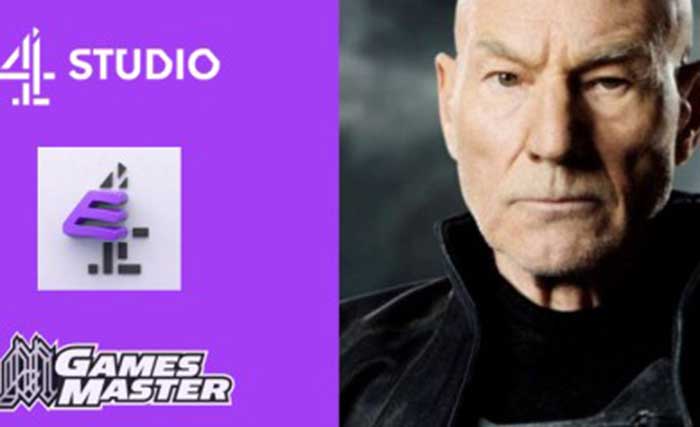 Are you happy to see GamesMaster return, would you have preferred another series of Bad Influence, or is it all redundant now we have so many live gaming channels and events online?

Posted by cptwhite_uk - Mon 06 Sep 2021 11:47
If they aim this with the view it's going to have high viewing figures, and aimed at families and children, then it's going to be an instant flop. We need a knowing, low budget affair aimed at the 11pm / 40+ crowd, with double entendres galore, and rediculous non-serious challenges that make us laugh.

It's subject is gaming, but primarily this is a light entertainment show, and needs to be grounded with this as its core value. If it's not entertaining and funny, no one will care. I can get all my PC advise, news and reviews in much greater detail online any minute of the day. I don't need trailers or ‘news’. I hope they work to the strengths of the TV format, and hopefully don't try and pull a like-for-like modern day equivalent, as the old format won't work 30 years later without some major revision.
Posted by cheesemp - Mon 06 Sep 2021 11:50
Depending on the format and choice of games this will either be excellent or awful. If they pitch it right it will have a good selection of games but I fear it will just be fortnight and COD…

Maybe some combination of that could work for a new Gamesmaster, it definitely shouldn't b COD/Fortnite if it wants to get respect but that's what advertisers might want.

You could replace gamesmaster with Dr Disrespect, might actually be funny and get some attention, he is probably cheap to hire now with his banishment from twitch.
Posted by Dareos - Mon 06 Sep 2021 15:31
Bring back Dominik Diamond
“This game is better than your mum”
Posted by Ttaskmaster - Mon 06 Sep 2021 16:15
Never really watched shows like this, but most only worked because back then they were the primary source of news/content for most of the audience… Nowadays, with the interwebz, I'mma lean toward redundance and floppery.