In the wake of the controversy of its review embargo on Assassin's Creed: Unity, Ubisoft appears to be attempting to manoeuvre expectations about its imminent release of redefining action driving 'MMO CarPG experience' The Crew.

It was widely speculated that Ubisoft put a halt to early reviews of its latest Assassin's Creed game so that the eager paying public couldn't read anything bad about the title at launch time. When the pro reviewers from various gaming magazines got their hands on the game it was slated with comments describing it as rough and glitchy. For many gamers who rush to buy titles at launch it was a bit late to hear about the issues, they just have the wait for a series of patches to bring the title up to scratch.

Looking at the near future, Ubisoft has another blockbuster highly anticipated title about to launch. It's called The Crew and is another member of the Nvidia and Ubisoft Pick Your Path game selection. The Crew launches on 2nd December on PlayStation 4, Xbox One, Xbox 360 and PC but games press reviewers will only get the game on the morning of 1st December.

That sounds like an improvement on the 12 hour delay reviewers were forced to put up with in publishing their Assassin's Creed: Unity reviews but already Ubisoft is tempering expectations and informing us that early reviews will not be accurate. Ubisoft reasons that no one, not even a professional games reviewer, can judge The Crew unless they have spent 30 to 40 hours playing the game. 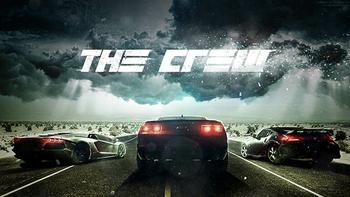 "We also know that many of you will be eager to turn to experts for their professional advice. You want to read how the pros feel after their carefully considered road tests of The Crew." Ubisoft sympathised on its blog. "While we totally understand (hey, we read reviews, too!), The Crew was built from the beginning to be a living playground full of driving fans, so it’s only possible to assess our game in its entirety with other real players in the world. And by other, we mean thousands and thousands and thousands of players – something that can’t be simulated with a handful of devs playing alongside the press." 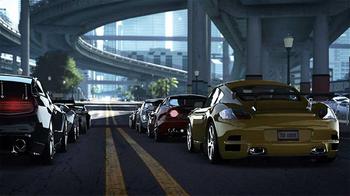 So the games publisher is just letting us know, in a 'friendly and helpful' way to be wary of early reviews of The Crew and take them with a pinch of salt. Meanwhile gamers can actually give the game a run for its money right now as an open beta started yesterday. If any HEXUS readers have been driving through and enjoying 'The Crew's America' please let us know your initial thoughts below.

Posted by shaithis - Wed 26 Nov 2014 11:44
I was in the beta, while it didn't seem to suffer from the usual UBIsoft “bodge it and scarper” bug-riddenness of late, I found the game to be very underwhelming.

What happened to the old UBI? The days of Zombi and Surf City…..
Posted by naturbo2000 - Wed 26 Nov 2014 11:46
A while back I was keen to give this a go, especially given that it should have been an accumulation of learnings from TDU(/2).
But then I saw it was Ubisoft and then I saw how much Ubisoft prioritizes getting to market before Christmas in literally any state rather than making a good game.
I'll wait for it to be fixed and a sensible price before even looking at it.
If it has as many corners cut as I suspect it might, then maybe I'll miss it altogether.
Posted by Biscuit - Wed 26 Nov 2014 12:03

This is exactly how I feel. I would be prepared to give a game 2 or maybe 3 separate 2-3 hour sessions to see if it suits me. Trying to get me to plunge that much time into a game is a proper joke, for that reason alone, I'm out.

Ubisoft desperately need to sack their PR department and get some new people in.
Posted by Spuzzell - Wed 26 Nov 2014 12:32
So they're saying it's not fun to play, but eventually you get used to that.

Well, gosh, I'll take two copies.
Posted by CK_1985 - Wed 26 Nov 2014 12:38
This is such a load of nonsense. Any professional reviewer who looks at this game is going to allow for the fact that certain key elements of the experience will be very different when the game world is full of thousands of players. You simply are not going to get reviews that say ‘it was rubbish because there weren’t enough players'.

What you will get is reviewers making a judgement on the gameplay mechanics, visuals, world design, UI etc. as to whether the game will be worth playing once it goes live and the servers start fill up with players.

By making this statement, Ubisoft are either being massively patronising to all professional reviewers, or are trying to fool people into ignoring reviewers' valid concerns about core gameplay elements by writing it off as something that will magically go away just because there are more players online.