A week ago we published a news report anticipating the reveal of the next Battlefield game and the launch of Call of Duty: Infinite Warfare. The reaction to the announcements and the game trailers couldn't be more different. Of particular note was the strength of negative feeling towards the Call of Duty: Infinite Warfare YouTube trailer, and perhaps Activision's CoD game franchise efforts as a whole.

As noted by Kotaku, such has been the groundswell of negativity towards its announcement of Call of Duty: Infinite Warfare, that Activision made a statement in support of its franchise. Activision CEO Eric Hirshberg explained to investors about the passions in the game industry resulting in the large number of dislikes tallied by the Call of Duty: Infinite Warfare trailer. Hirshberg reassured investors, "the fact is, while it’s very early, pre-orders are off to a very strong start. Views of the reveal trailer that you referred to are up and in fact the number of likes per view on the Infinite Warfare reveal trailer are also the highest we’ve ever seen". The CEO went on to say how such a social media reaction had been observed before, with Black Ops II, yet that game "went on to become our most successful game ever". 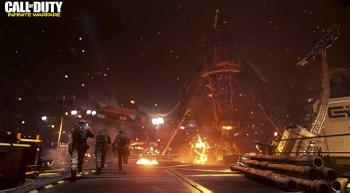 In summary Hirshberg told the concerned analysts that "if we always just did what worked in the past and never took any creative risks, we wouldn't have a franchise." But are the social media down-votes due to Activision taking too many creative risks with the new CoD game? 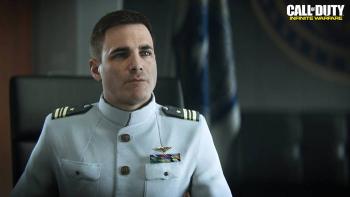 At the time of writing the Call of Duty: Infinite Warfare trailer has gained 13.9 million views, 257 thousand people have thumbed up the video while 1.1 million people have given it the thumbs down. In the YouTube hall of shame of most disliked videos it sits at number eight, nestled between music videos from the likes of Miley Cyrus, Niki Minaj and Justin Bieber. However, many of this video's fellow 'chart toppers' have had hundreds of millions of views. For a more direct game-industry comparison, the new Battlefield 1 Official Reveal Trailer has gained 19.4 million views so far, with over a million thumbs up and just 18 thousand thumbs down.

Jowsey
And now people need to vote with their wallets.

Dont worry about ‘pre-order bonus’ or additional content, if the pre-order content makes any significant difference to the game to the point where its necessary to enjoy it, the game cant be that good.

That's why I didn't buy Battlefront or Hardline or any COD since the first black ops (where they promised mod tools but never delivered).

Nothing but garbage….
Posted by Kato-2 - Mon 09 May 2016 15:15
That appalling cover of space oddity featured in the trailer did them no favors.

As for the game its just the same as Killzone is WW2 in space but nothing really sci-fi about it just tech upgrades with shinier looking equipment.