As teased earlier in the week, Activision has launched a completely new anti-cheat system to control / eradicate cheaters in its Call of Duty games. The new system is called Ricochet anti-cheat, and it is described as a "multi-faceted approach to combat cheating." I think the facets refers to how the technology stretches from server-side tech, AI and ML, as well as continued community and Activision employee action, plus a PC kernel-level driver.

Activision says that cheating in Call of Duty is a persistent issue that frustrates the enjoyment of many players. Thus, the robust Ricochet anti-cheat has been created – but Activision are quite keen to stress to PC gamers that its PC kernel-level driver is going to respect user privacy. 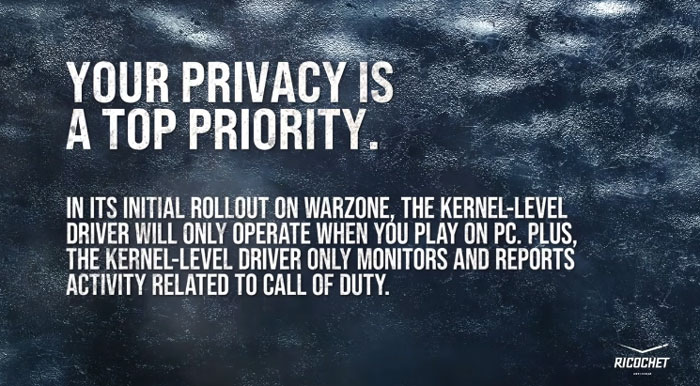 Activision admits that the kernel-level driver will have "a high level of access to monitor and manage software and applications on a PC, such as your PC’s graphics card driver" but asserts that it will only run when you are playing CoD and "only monitors and reports activity related to Call of Duty".

I am not very familiar with CoD or the methods or levels of cheating, but Activision says the kernel-level driver for PC will benefit the whole community by making life difficult for PC cheats. This implies most CoD cheaters use the comparatively open platform of the PC to enjoy their wicked ways. 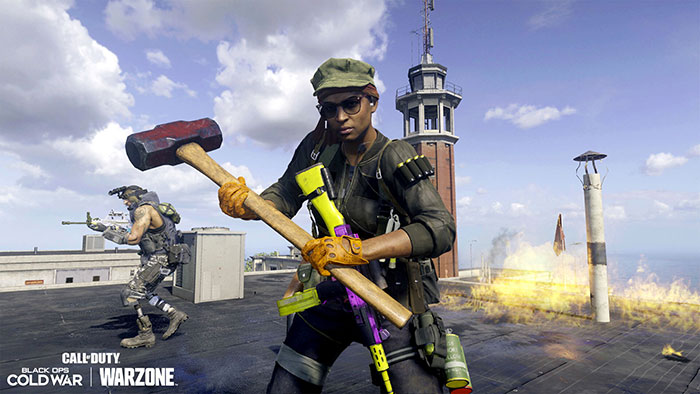 Is the PC kernel-level driver a sledgehammer to crack a nut?

As per our intro, the kernel-level driver for PC is just one of the multiple facets of Ricochet. Activision continues to recommend gamers use 2FA to protect their accounts, as well as take part in community reporting, to bolster the efforts of its anti-cheat team and new server-side AI and ML cheat detection technologies.

Of course, the Ricochet Anti-Cheat system will evolve and adapt over time. It wouldn't be surprising if this system itself had to be patched and updated for introducing some bugs and irritations to gamers, while it is in its infancy.

Posted by Kovoet - Thu 14 Oct 2021 12:12
You'll never stop the idiots who cheat. The cheats have totally ruined multiplay for me.
Posted by Gentle Viking - Thu 14 Oct 2021 12:29
It was bad when i played some 20 years ago, i am sure it is even worse nowadays.
I was myself banned from a server for cheating, or rather whine about cheaters.
I have also myself been called a cheater, but i assume that happen when you are good at a game and put as many hours into it daily as you would a job.
Back in the day the games i played dident take long before invites to clans was coming in, and in general i was also in a clan in the games i played.

Anti cheat in games should be even bigger than bling bling graphics are, CUZ i would rather play a cheater free game that look like minecraft than play a looker game ripe with cheaters.
But i am willing to bet cheat are not even on the books when they make a game,,,,, and it should very much be so.
Posted by Corky34 - Thu 14 Oct 2021 12:42
At first the kernel-level driver gave me chills but it seems they've been sensible and only have it loaded when the game is running, not that it effects me any more as i gave up online games because of cheaters.
Posted by ssdgrrw - Thu 14 Oct 2021 13:17
Well, time for dual boot or vfio (if they don't block it like valorant does)
Posted by Iota - Thu 14 Oct 2021 17:25

I can see this becoming more frequently used to separate out games that require kernel level access from someone who uses their computer for other things. Not that I don't trust the publishers to be unscrupulous or anything….