Sony Computer Entertainment Europe (SCEE) has announced that PlayStation Vita (PS Vita) will roll out across Europe, Africa, the Middle East and Australasia from February 22nd, 2012.

Available from £229.99 for the Wi-Fi model and £279.99 for the 3G/Wi-Fi model, PS Vita will feature an OLED front touch screen and rear touch pad, dual analog sticks, motion sensors, and dual cameras.

"We're very excited to launch a portable gaming device that goes beyond anything available on the market and is positioned to deliver the uncompromised gaming experiences consumers have been asking for," said Jim Ryan, President and CEO, SCEE. 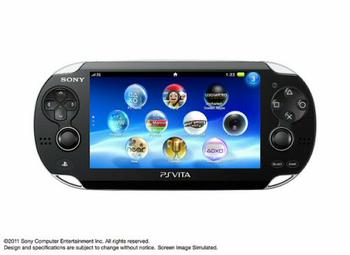 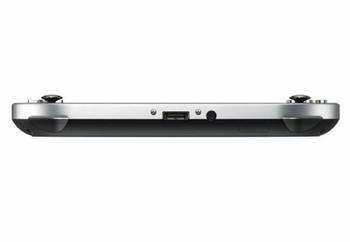 It’s currently unclear which games will be available at launch, but Sony says that more than 80 games are currently in production from first and third party studios including: "LittleBigPlanet," "Wipeout 2048," "Resistance: Burning Skies," "Uncharted Golden Abyss," Ubisoft's "Assassin's Creed and " EA Sports' "FIFA.”

The system will offer five hours of video playback or nine hours of your favourite music, and when in standby mode will take roughly two hours and 40 minutes to fully charge. A variety of social networking and communications services such as Facebook, foursquare, Skype, and Twitter will also be available.

PS Vita will be available for preorder shortly.

That's what I was intially thinking…but then again is it a portable gaming device.
Posted by 3dcandy - Wed 19 Oct 2011 12:09
My son picked up a Dell Streak 7 for £150 from Tescos recently…he's very happy, can watch movies etc. on the go, and although it lacks 3G the amount of free wi-fi spots is adequate. Seems to me that the price is too high, the 3DS suffered greatly till they reduced the price, and I reckon this will go the same way…
Posted by Smudger - Wed 19 Oct 2011 13:18
£50 extra for the 3g version seems a bit steep, unless the 3g connection is free, like on the Kindle…