Not so good in the rain, allegedly...

Durr, durr, dur, duh, duh, duhdeduhdeduhde duh duh duh…Has he lost his mind? Can he see or is he blind? Yep, my text based rendition of Black Sabbath’s Iron Man leaves a lot to be desired and, sadly, the very same can be said of SEGA’s film-tie in for the new Iron Man film.

Now I’m not going to Google my ass off and pretend that I have an extensive knowledge of Marvel super heroes because I don’t. I was more of a 2000AD fan with Chopper being a particular favourite. And I dibbled in a few AVP graphic novels but that was about it. So although I know that the Iron Man film sort of updates the comic book mythology of Iron Man and all that fan satisfaction stuff, I’ll just say that the film is bloody brilliant. No, it’s really good. Robert Downey Jr. plays the role of Tony Stark superbly and the whole film is shot through with humour and action… great stuff! 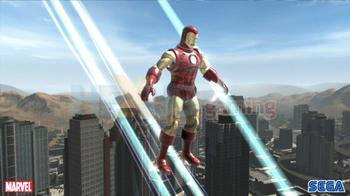 But the game? Well, after having seen the film, loading up Iron Man on the PS2 is something of a let down. You see, this could just be any generic third person shooter re-skinned as Iron Man and giving some flying sections to spice stuff up a bit.

Let’s start off with the basics… movement and aiming is all the usual stuff. Left stick to move, right stick to look around, press the button to shoot and so on. The first couple of missions are essentially tutorials, taking you through the basics and following the plot of the film… which sees you back at your lab inventing the Mk II suit with repulsors to shoot stuff and fly around. 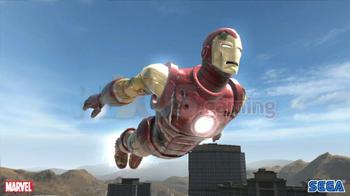 Between missions you have slightly longer than usual cutscenes, which are apparently voiced by the three main actors in the film and of course there’s their likenesses used in the game too. As cutscenes go, these are pretty good and set you up for the missions that follow. But I bet you’ll run into trouble with the very first flying mission, when, for some unknown reason, going into afterburner-driven full flight mode inverts the controls. 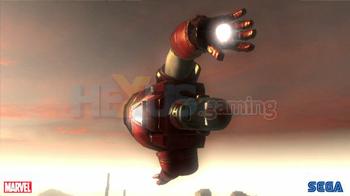 Yes, I know that in an aeroplane pulling back on the stick makes you go up and pushing forward makes the ground come closer but in third person action games the default controls are usually up for up and down for down. Iron Man is no exception… want to look up? Push the stick up. But when you enter flight mode with the afterburners on, this is suddenly reversed. Worse, ‘hover’ mode, where you can cruise around at a more sedate pace, uses the ‘up for up’ system too, so you give it a burst of afterburner and find yourself smashing into the ground as you push up to go up… which is actually down in this one flight mode. 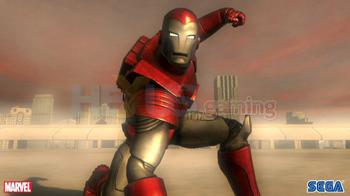 More annoying is the fact that as soon as you hit an obstacle you instantly drop out of flight mode and the controls revert back to normal… meaning you slam into a building and then find yourself looking at the sky as the controls switch again… gah!