Fly around and blow stuff up... and that's it, really.

The actual missions themselves aren’t that much fun either. They’re all fairly formulaic objective based jobs such as destroy these ammo dumps, blow up these gates, follow this truck etc.. Pretty much all you do is fly, hover or run to the enemy base, destroy the objectives marked on your radar and then move on to the next one. All a bit muchy muchness.

There’s a pseudo-RPG element to Iron Man with the powering-up of your weapons but this is actually pretty arbitrary. Basically, the more you use a weapon the better it becomes. So if you look at the research screens and think you’ll save your points for the uber-gatling gun you’ll be disappointed to know that you’ve no choice in what weapon gets upgraded other than trying to use your favourite in the missions. 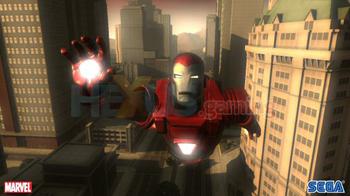 Graphically, Iron Man reminds me most of The Incredible Hulk: Ultimate Destruction on the Xbox and in fact you could pretty much swap the characters out of each and not really notice that much difference. Except there’s less freedom in Iron Man. And fewer ways to destroy the enemy. And a linear mission structure. And less vibrant environments. Ok, so you couldn’t drop the Hulk in here but it’s another Marvel license that’s also has been made into a much better game. 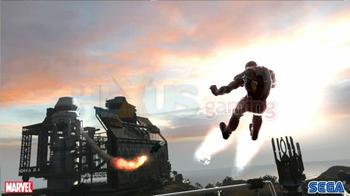 And now I’m kinda struggling for something nice to say about Iron Man and the best I can come up with is that it’s average. Average graphics, average gameplay average enjoyment and excitement. It’s just about as vanilla as you could get without falling face first into the Walls ice-cream factory. None of Iron Man is bad per se, it’s just that none of it is particularly good. 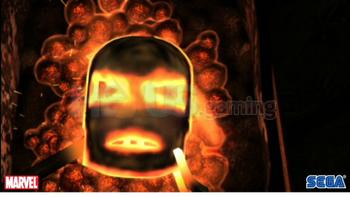 So that’s that then. As good as the film is, and I reckon it’s pretty damn good, the game is equally, but oppositely poor. Does that make sense? Aw hell, here’s the simple summing up statement: You’ll like the film but the game’s a bit crap. There.

The film is great, the game is all a bit, well, meh…

HEXUS World Leading HEXUS Right2Reply initiative invites manufacturers, their representatives and vendors which supply HEXUS with products for technical editorial evaluation, to comment on the articles that we publish. If they choose to respond, we publish their response verbatim.