Back on 11th October, HEXUS reported on the impending release of Grand Theft Auto: The Trilogy – Definitive Edition. We now have a date for the digital release on PCs and consoles, 11th November, as well as a launch trailer, and the PC specs you should be looking at to enjoy this iconic trio of remastered titles.

On Thursday 11th Nov GTA: The Trilogy will release on the following platforms: PlayStation 5, Xbox Series X/S, Nintendo Switch, PlayStation 4, Xbox One, Xbox Game Pass, and PC via the Rockstar Games Launcher. (£55 pre-order price on PC in the UK). A PlayStation Now release is scheduled for 7th Dec, which is the date for physical releases of the game. 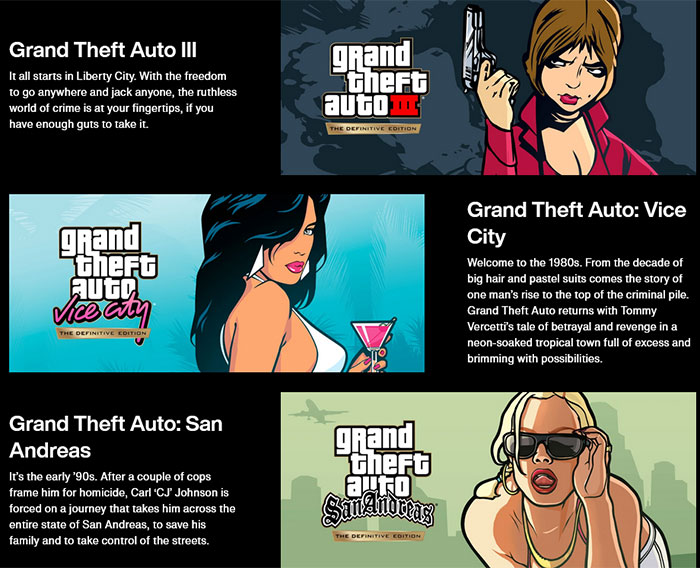 All the games will be enhanced for the more modern platform that it is now ready for – on PC that means support for features like Nvidia DLSS and Accomplishments via the Rockstar Games Social Club. With all the remasters there will be GTA V-inspired modern controls implemented (e.g. Gyro motion aiming on Switch). Across-the-board visual enhancements such as greater draw distances, resolution upgrades, and improved visual fidelity across the world are present. A notable example of work done behind the scenes is of the upgraded graphics engine, now built on Unreal Engine technology, which has a rebuilt lighting system with improved shadows, weather and reflections. 3D models and textures have been refined too. 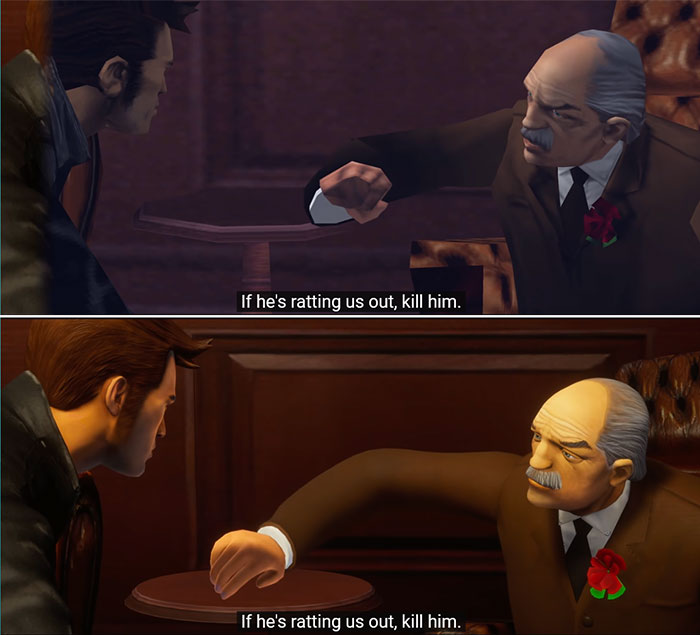 Rockstar says its changes "faithfully tune and improve upon all three games, while also maintaining their distinct original aesthetic". Check out the video and screenshots and decide for yourself about the makeover.

Above, you can see the minimum and recommended PC spec levels for the trilogy. These are understandably low specs, Rockstar hasn't gone overboard with this remaster, with a 2014 vintage higher-mid-range GPU being good enough to hit recommended specs levels.

Terbinator
The art style has been butchered.

Yeah, first thought when I saw it was fortnite lol

I've got vice city laying around but pretty sure it doesn't run on windows 10 (might look into it again).
Posted by Rubarb - Mon 25 Oct 2021 17:47
I'd only want this for vice city but at £55, I recon I could build an old windows to run the original for less.
Posted by KultiVator - Mon 25 Oct 2021 18:01
Looks like a mixed bag - the improved lighting and higher polycounts seems like a plus, but some of the new textures look a bit dubious.

That said, I have some great memories of Vice City and never completed it, so I won't need a lot of arm-twisting to drive around Vice City listening to Emotion FM and the funny voice-overs of legendary DJ, Fernando Martinez… talking in a very non-PC way about love, romance and the joys of all things to do with women… even the slightly chubby, ugly and hairy ones ;-)