Popular tech culture site Kotaku has published a story about the cultural changes for those working at Rockstar development studios around the world. The lengthy piece looks into employee 'crunch', which is a softer western version of karoshi, and other issues suffered by Rockstar employees, and how they are now being salved.

Apparently the toll of the unhealthy work culture at Rockstar became a bit too much during the Red Dead Redemption 2 era. Some team members were working 100 hours a week to get things completed in time. Piling on top of this were sexual harassment cases, and reports of an executive "frat-house-like culture that often included heavy drinking, parties, and excursions to strip clubs". Happily, Kotaku reports that things have been changing recently, and working at Rockstar is now more civilised and comparable to working at other companies. There might still be bad apples in the barrel, but "it feels like their days are numbered," one employee indicated to Kotaku. 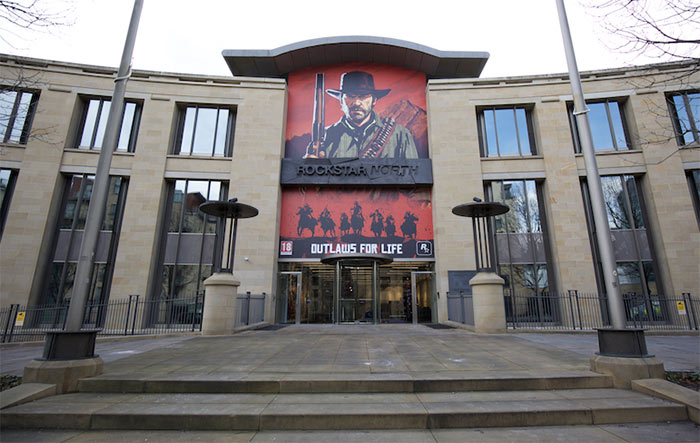 Before we go on, many media / publishing businesses experience 'crunch' where deadlines get closer and managers are unwilling to extend. CD Projekt Red employees have previously voiced similar work / health balance concerns. Lots of jobs and workplaces are stressful.

Moving onto the headlining news, Rockstar is claimed to be working on the next instalment of Grand Theft Auto. To help minimise the 'crunch' talked about above, it has been decided to start out with a moderately sized release. This "still be a large game," indicates Kotaku, but it will be easier to produce to deadline.

Unfortunately for those eager for the next GTA, possibly dubbed GTA VI, this major project at Rockstar is "still early in development," according to the source. After the smaller initial chunk of game is released, Rockstar will be following up with "regular updates over time," to spread the workloads more reasonably. Perhaps some accountant has decided this will make more money too (smaller main game plus more DLC) but that isn't touched upon it the Rockstar culture-centric article.

aniilv
What about releasing the game when its done rather than meeting stupid deadlines?

Ask 3D Realms or Valve about that.


edit: to be specific, 3D realms were allowed to push back release dates at will, resulting in a zero release. Valve have no structure at all now, their developers just work on whatever they feel like, which means everyone is working on their own thing and can't get enough colleagues interested. So they release updates for Dota2 (think they might have passed that on to some 3rd party company), make crappy card games.

Once in a blue moon someone from outside Valve will come up with a good idea and they'll have enough interested people to work on it, like Portal, but its so bloody rare.
Posted by Yoyoyo69 - Thu 16 Apr 2020 16:47