You are here:
Tablets Laptop News

Chinese electronics giant Huawei has entered the Windows 2-in-1 market with its newly announced MateBook. This is a 12-inch device which is constructed with a metal unibody and weighs just 640g and is just 6.9mm thick. Buyers receive the Portfolio Keyboard, weighing 450 grams its metal oxide frame. Inside the processing is taken care of by a 6th gen Intel Core M processor (ranges up to 3.1GHz) with either 4GB or 8GB of RAM and choice of 128/256/512GB SSD. Overall this Windows 10 convertible looks and sounds highly attractive for someone in the market for such an ultraportable hybrid device. Pricing starts from $699/€799. 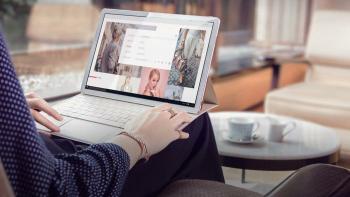 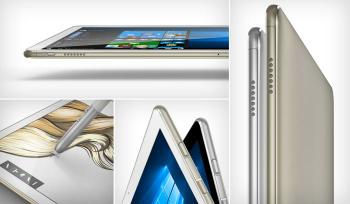 Flashing out some of the specs above; the screen is of the IPS type with multitouch sensitivity, it offers a resolution of 2160x1440, a 160-degree wide viewing angle and 85 per cent colour reproduction gamut. The Huawei MateBook's backlit keyboard accessory features keys offering a 1.5mm keystroke and a chiclet keycap design while the touchpad supports multi-touch technology. For battery life you can expect "enough power for nine hours of work, nine consecutive hours of Internet use and 29 hours of music playback," says Huawei.

You can use the Huawei MateBook as a mobile hotspot and it is configured for drag and drop file transfer to Android smartphones. Fast fingerprint recognition is built-in for your convenience with a sensor positioned on the side. Huawei is selling a number of accessories to make your MateBook even better; there's the elastomer tipped MatePen with 2,048 levels of sensitivity which can also be used as a laser pointer in presentations, and the MateDock designed for convenient desk use boosts connectivity to include Ethernet, HDMI, VGA and further USB sockets. 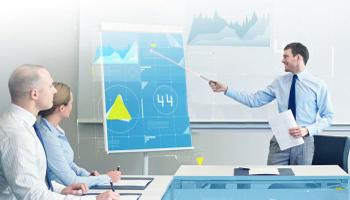 The MateBook will be available in Asia, Europe and North America in the coming months. Please check the price and spec matrix below.

You can use the Huawei MateBook as a mobile hotspot

So does this mean it has an LTE slot? because nowhere can I find reference to such a slot? On their page and in the spec section you have it only specifies WiFi as its only network connectivity.

Unless the only point of said “hotspot” is to share files with nearby devices….
Posted by Brewster0101 - Mon 22 Feb 2016 19:48
Love the image of someone using this on their lap. Like the surface and HP Elite x 2 range with their keyboards, these can only really be used on a flat firm surface, otherwise they come loose or unstable to use.
Copyright © 1998 - 2022, HEXUS.net. All rights reserved. HEXUS® is a registered trademark of HEXUS.