Intel followed up the announcement of its highly anticipated trio of 9th generation Coffee Lake S update Core processors with details of its upcoming professional and premium processor lines, the Intel Xeon, and Intel Core X-series processors respectively. Just one new Xeon was announced: the new Intel Xeon W-3175X will arrive this December. Seven new Intel Core X-series processors were detailed: the i7-9800X, i9-9820X, i9-9900X, i9-9920X, i9-9940X, i9-9960X and i9-9980XE – due to be released in November. 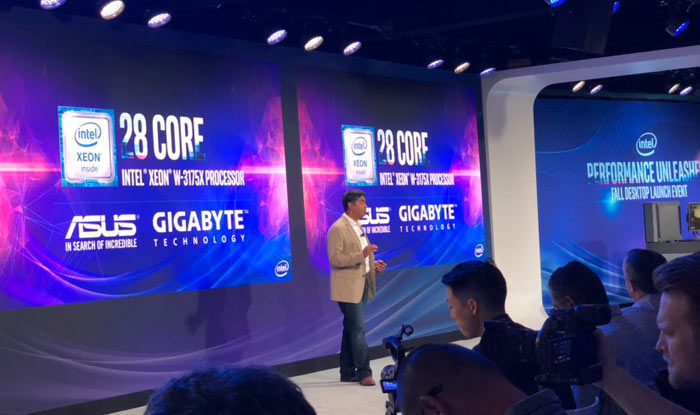 For select, highly threaded and computing-intensive applications such as architectural and industrial design and professional content creation, Intel recommends its new Xeon W-3175X unlocked processor. Its 28 cores and 56 threads can crunch through large, intensive workloads at 3.1GHz but can run single thread processes at up to 4.3GHz. This chip appears to be the same one that Intel pushed to achieve 7334 cb on stage at Computex in the summer. It was later revealed that the demo chip was cooled by a sizable 1770W air conditioning unit. 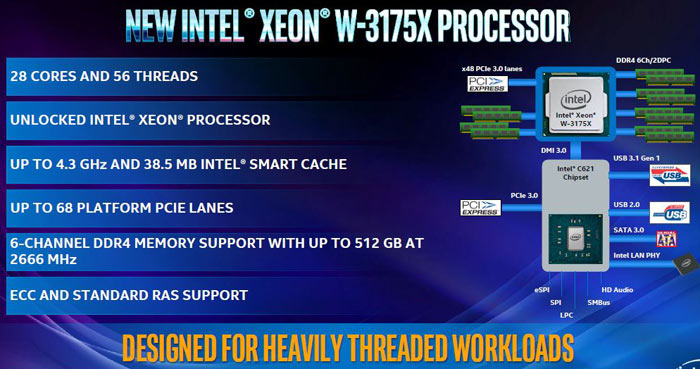 The new 255W TDP Xeon runs on a platform with up to six channels of DDR4-2666 memory (up to 512GB) and provides 68 PCIe lanes. As mentioned above, the new Intel Xeon W-3175X processor will ship in December, however we don’t have any official pricing indications at this time.

Seven new Intel Core X-series processors have been launched. These unlocked CPUs offer a core counts from 8C/16T to 18C/36T, Turbo boosts of up to 4.5GHz, up to 24.75MB smart cache, four channel DDR4 2666 support, 165W TDPs, AVX-512 instructions support, and capable I/O capabilities with up to 68 PCIe lanes. This versatile range are good for both lightly threaded and heavily threaded workloads, and the most demanding tasks and applications, says Intel. Like the Xeon, above, this CPU family is built on the Intel Mesh Architecture for improved memory and I/O bandwidth with low latency. 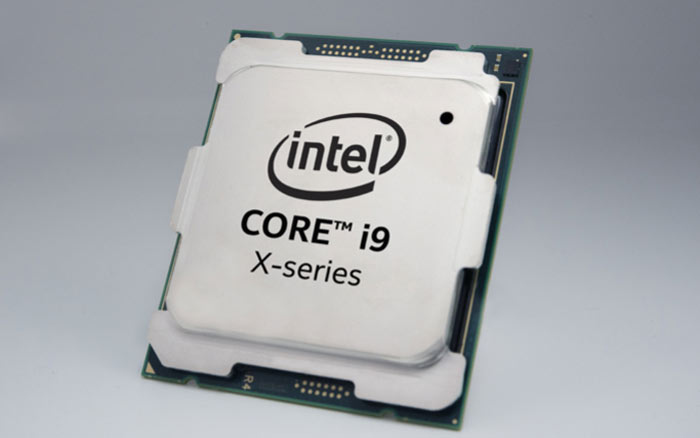 As mentioned above you will be able to purchase the new Intel Core X-series processors in November, US dollar pricing is indicated in the table above.

Posted by Tabbykatze - Tue 09 Oct 2018 11:14
And the Motherboard it goes into requires two PSUs and is a ridiculous setup for ridiculous reasons.

They've been very shtum on the pricing because the 8180 they've bastardised is a 10k USD MSRP so what on earth are they going to put this as without pissing off anyone who has an 8180 already. 3-5k USD is a minimum I bet.
Posted by Ozaron - Tue 09 Oct 2018 12:30
There's no way this will be less than double the price of a 2990WX, ignoring motherboard, cooling and power supply requirements, which are all significantly more expensive to cater for than 2990WX. All for 4 less cores and 8 less threads.

Ozaron
There's no way this will be less than double the price of a 2990WX, ignoring motherboard, cooling and power supply requirements, which are all significantly more expensive to cater for than 2990WX. All for 4 less cores and 8 less threads.

But it's good for gaming I guess.

Yeah, good point. lol
Posted by Tabbykatze - Wed 10 Oct 2018 12:52
Been confirmed, this will use polymer TIM not soldered so to get the most efficient thermals you will have to void, and potentially destroy, your multi thousand dollar chip
Copyright © 1998 - 2020, HEXUS.net. All rights reserved. HEXUS® is a registered trademark of HEXUS.