A benchmark run which appears to feature the unannounced AMD Ryzen 7 5700U has been surfaced by Twitter tech detective Tum Apisak. The run was from the Ashes of The Singularity (AoTS) Escalation benchmark and Tum reckons it shows the new AMD Ryzen 7 5700U is about a third faster than the Ryzen 7 4700U in this benchmark. 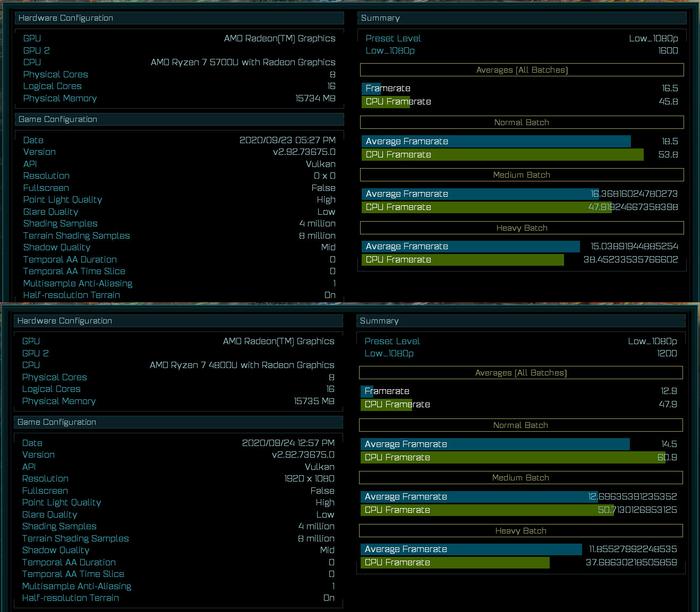 It is a shame if AMD creates a confusing set of offerings with its Ryzen 5000 series but there is a ray of hope that Lucinenne may be a Google Chromebook exclusive. In the Tum Apisak sourced screenshots you can see that the AMD Ryzen 7 5700U features 8C/16T (and upgrade over the 8C/8T of the 4700U) and was tested in a system with 16GB of RAM with graphics set at Low, at 1080p. 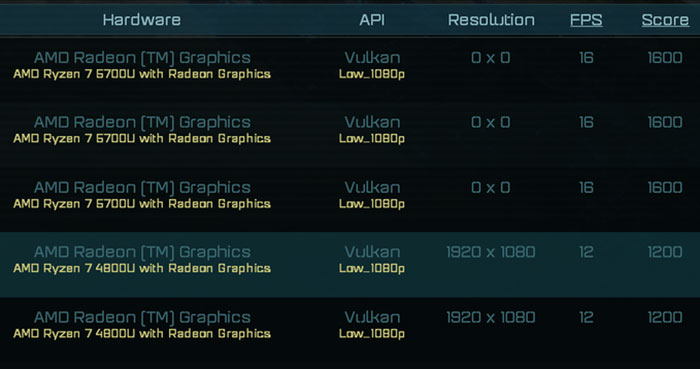