Intel has quietly rolled out the 10th generation Intel Core i3-10100F processor. HEXUS regulars will already be well aware, from the nomenclature, that this is one of Intel's processors with a disabled on-board GPU ('F' suffix). However, the best feature of the new Intel Core i3-10100F can't be decoded from the name - it boasts Hyperthreading - as well as a slightly faster boost clock, and double the RAM capacity support, compared to its processor (the Core i3-9100F), at the same price. 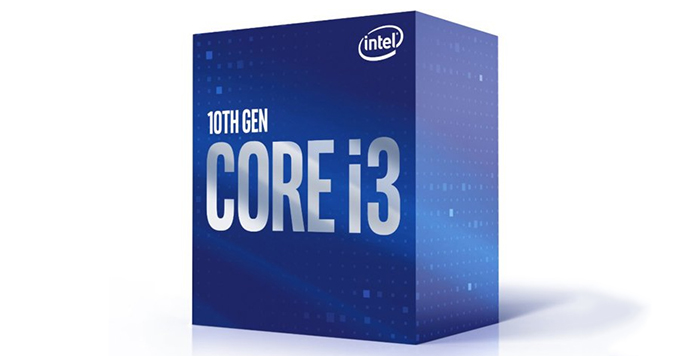 If you want to do an A/B comparison with the Intel Core i3-10100(F) vs the Core i3-9100F processor, you can head on over to this Intel Ark link, which lists specs side by side. However, I think I've covered all the key differences above and a truncated version of the table can be seen below. 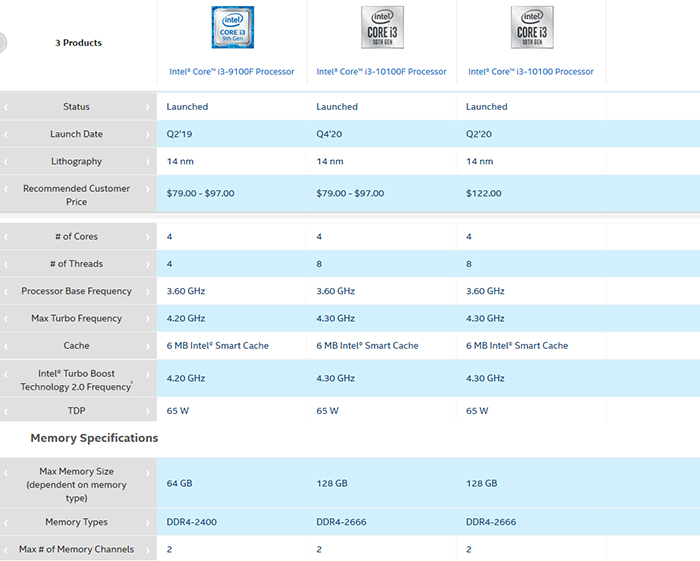 Such an entry level processor, which lacks on board graphics, is obviously meant to be paired with an appropriate dGPU. You save between US$25 and $45 by choosing this iGPU-less part, so you can put that towards an add-in card. Most are likely to want to spend under $200 on a partner GPU for PC gaming so may have the likes of the GTX 1650 or RX 5500 on their shortlists. Next year one might be able to find a suitable Ampere/Navi2 graphics card to pair with this Comet Lake-S processor to create a balanced system.

The top end of the RRP would equate to around £90 in the UK with VAT.

HUB tested it and it is faster than the Ryzen 3 3100X even wih slower RAM. 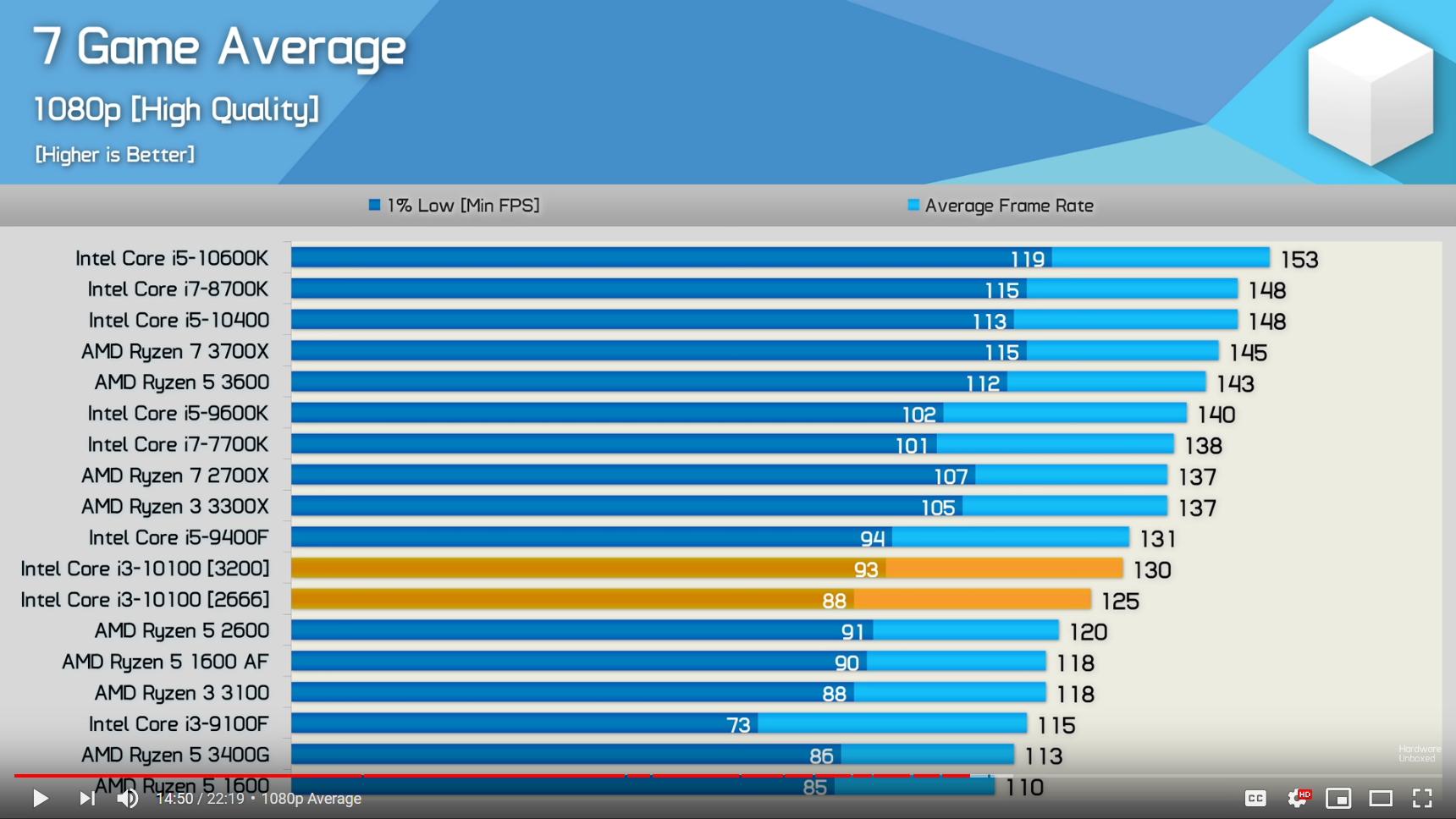 The top end of the RRP would equate to around £90 in the UK with VAT.

HUB tested it and it is faster than the Ryzen 3 3100X even wih slower RAM.

It was trounced in the productivity bench's by the r3/3100