Researchers from Samsung Electronics and Harvard University have been collaborating on advances in neuromorphic chips. According to Samsung, after an ambitious start, neuromorphic engineering has been held back by the limits of the technology available. Additionally, to make a brain-like chip, engineers need better insight to how brains actually work. Samsung thinks both these problems have now been solved.

A paper published by Nature outlines a vision in which engineers can 'copy and paste' a brain to silicon. As per everyday logic, the first step is the 'copy'. The brain is made up of a large number of neurons in an incredibly complex wiring map. Researchers propose using a "breakthrough nanoelectrode array" developed by team members to record the multitude of neurons and their electrical signals with high sensitivity.

Samsung's array captures "massively parallel intracellular recordings," from which a neuron wiring map is created. The map shows not just connections between all the neurons, but their relative strengths.

After the above is established, the copy is done, the researchers have to implement the 'paste' operation. Samsung's engineering prowess comes into play here, utilizing its 3D memory chip tech, especially its non-volatile technologies used in tech products like SSDs, or RRAM.

The brain map recording is 'pasted' to this memory, with the conductance represented in the strength of each neuronal connection in the copied map. Sharing further insight and expertise, the researchers suggest that the implementation strategy includes rapidly pasting the neuronal wiring map onto a memory network engineered from NV memory to build the neuromorphic chip.

After the above processes are complete, Samsung says that the copy-pasted brain will represent a major step in neuromorphic computing, offering low power, facile learning, adaptation to environment, and even autonomy and cognition – properties far beyond the reach of current technology. 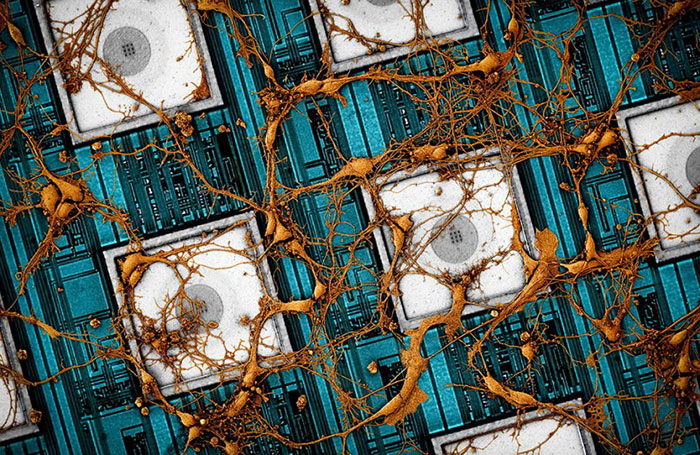 Before signing off, Samsung reminds brain-chip enthusiasts that "the human brain has an estimated 100 billion or so neurons, and a thousand or so times more synaptic connections, the ultimate neuromorphic chip will require 100 trillion or so memories." It says this level of integration is possible with Samsung's leading 3D memory, and it is going to continue with the research, advancing next generation AI semiconductors.