The HEXUS review of the Sapphire Radeon RX 5600 XT Pulse OC was published on Tuesday. Our editor included information about the BIOS shenanigans which resulted in the Sapphire getting boosted with faster GPU clocks and faster GDDR6 memory speeds. Benchmark results showed readers the significant difference this last minute adjustment made to performance.

A day after launch I compiled a set of links which would enable early bird buyers to update their Radeon RX 5600 XT cards to the latest BIOS to gain the extra performance. As is usual, the various graphics card vendors divulged various amounts of information about the changes which would be delivered by any update. Now it looks like while all the BIOS updates deliver faster GPU clocks, some don't change the memory clocks at all. 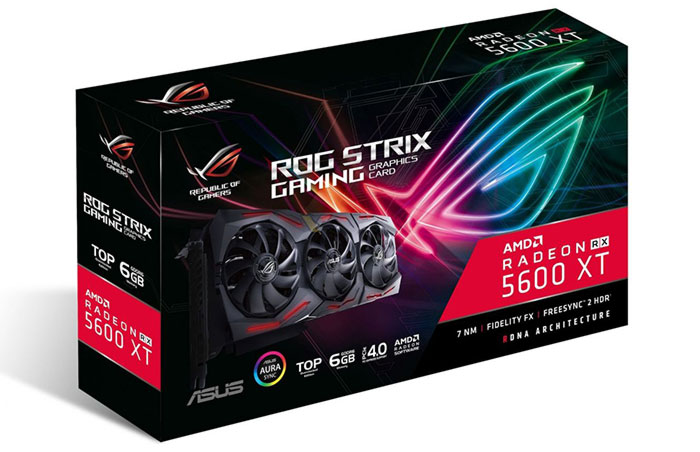 From the Asus launch lineup, the only card which gets a GDDR6 memory speed boost is the Radeon RX 5600 XT ROG Strix TOP (pictured above). All Asus RX 5600 XT cards, once updated, run at 1660MHz Game Clock and 1750MHz Boost Clock, but the TOP is the only one which gets the GDDR6 uplift from 12Gbps to 14Gbps with the update. Asus hasn't explained why...

MSI is in a similar situation to Asus. Its sole 14Gbps model is the MSI Radeon RX 5600 XT Gaming Z which it has certified for the faster memory operation. This is otherwise identical to the Gaming X variant, which the latest BIOS update furnishes with the same GPU clocks (Game: 1615MHZ, Boost: 1750MHz) but only a 12Gbps GDDR6 memory speed.

Do the presenters get paid per minute?

In the 'Insider' video above, MSI's Eric Van Beurden and Pieter Arts start explaining - very slowly - about the new RX 5600 XT cards from 3 mins 10 sec onwards. By 13 mins in the presenters get to the point and assert that the memory speed increase from 12Gbps to 14Gbps is "not part of AMD's BIOS update" prescription. At around 21 mins Van Beurden says that all the memory chips used by MSI are indeed 14Gbps spec but are not validated for running at 14Gbps. Furthermore, the supporting components and construction of the boards might not be designed for the faster memory, he explains. 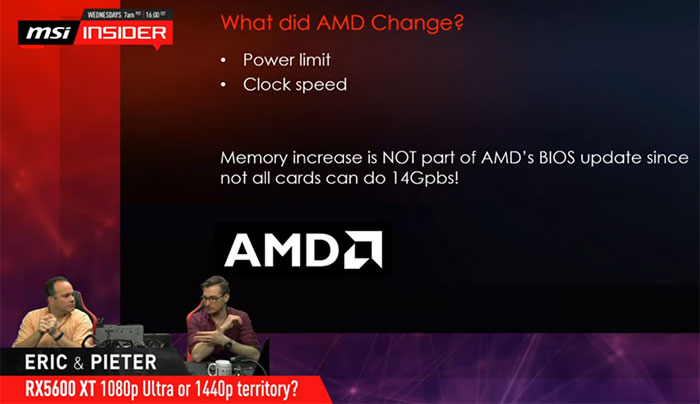 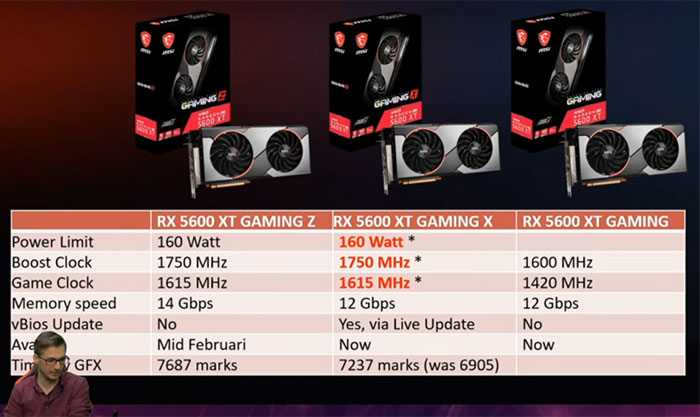