A next gen Nvidia GeForce flagship graphics card might have just been spotted strutting its stuff in 3DMark Time Spy. Hardware Leaks, run by Twitter leakster RoGame, asserts that he unearthed an Nvidia Ampere gaming card in the 3DMark databases and its performance is pretty impressive - over 30 per cent faster in the DirectX 12 benchmark than a stock Nvidia GeForce RTX 2080 Ti Founders Edition.

As per usual for a pre-release graphics card, 3DMark's reporting of its specs are a bit skew-whiff. While the vendor (Nvidia) and GPU boost clock (1,935MHz) will likely be reliable, the memory clock of 6.0GHz, doesn't fit into line with any memory type currently out there. RoGame says that in his experience such odd numbers come from pre-release drivers and/or a new type of memory subsystem in use.

Above you can see a useful 3DMark Time Spy benchmark result comparison chart which puts the mystery Nvidia CPU into perspective. Given the relatively low-ish reported GPU boost speed the result is impressive. If this is a Founders Edition under test you can see an 30+ per cent uplift in DX12 gaming-type performance at this pre-release stage.

RoGame says he is "100 per cent" sure that the 3DMark Time Spy result he discovered and represented in the chart is authentic. It was a 'private result', a run completed by an Nvidia employee - but of course he doesn't want to disclose the employee name in case of repercussions. 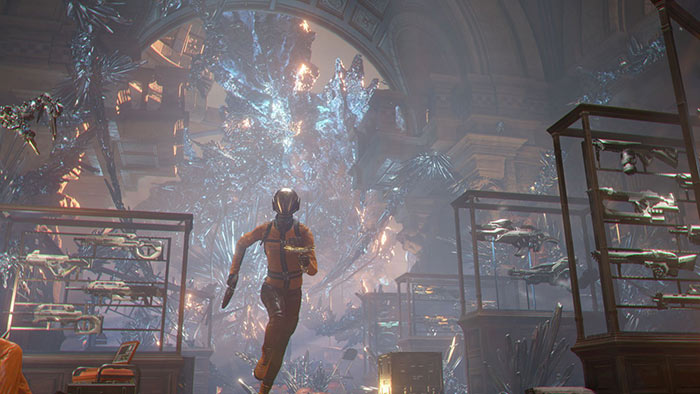 Other recent Twitter leaks and gossip firm up the theory that Nvidia is testing three GA102 GPU-powered graphics card variants as follows:

Remember to take the above rumours and leaks with a pinch of salt. I'm sure there will be plenty more spills on the path to the first Ampere-based GeForce official product reveal which could be as soon as 2 or 3 months from now.

The price tag will also reflect that, and put it in a league where i dont even want to play.
OKAY i do want to play there, but only if someone sign me up on a contract where i only play like 1 game a year, and my salary are of previously unseen size.
Posted by kalniel - Mon 22 Jun 2020 13:28

hexus
its performance is pretty impressive - over 30 per cent faster in the DirectX 12 benchmark than a stock Nvidia GeForce RTX 2080 Ti Founders Edition.

Last generation increased by 35% over 1080ti so if this is the equivalent card it's not what I'd call pretty impressive especially given the process improvements. On the other hand, if this is a 2080 (super, non-ti) replacement, then maybe.
Posted by Gentle Viking - Mon 22 Jun 2020 13:39
well if a athlete improved 30% year over year, that would be helluva impressive.
So i do think keeping this jump are still a feat though it is only electrons doing the running, and as seen elsewhere in computer hardware it is not a feat anyone can pull off year after year.

Someone needs to tell Jensen that gamers are not datacentre owners.