Nvidia has released a new GeForce graphics driver of some significance. IN an email to HEXUS the graphics chip maker claimed that the driver, version 451.48 WHQL, makes Nvidia CPUs the "first and only with hardware and software support for full Microsoft DirectX 12 Ultimate feature stack and hardware-accelerated GPU scheduling". That's not all, the driver adds validated support for 9 new G-SYNC Compatible displays, and adds 12 games to its GeForce Experience's one-click optimal settings (OPS).

The recent release of Windows 10 May 2020 Update brought along DirectX 12 Ultimate, heralded as a new standard for next-gen games. Nvidia's new driver embraces these features making them useful for developers to implement for a wide audience of PC gamers. The result should be improved performance, as well as even better visuals thanks to the likes of Ray Tracing, Variable Rate Shading, Mesh Shading and Sampler Feedback technologies. At the moment the Nvidia GeForce RTX line are the only consumer graphics cards with support for raytracing in hardware, so it isn't really surprising that the green team are quick to add this compatibility to make the most of their current advantage.

Windows 10 May 2020 Update added another potentially important performance enhancing feature called Hardware-accelerated GPU scheduling. Nvidia says that this will likely "improve performance and reduce latency by allowing the video card to directly manage its own memory". It is a toggle setting in graphics options with the new driver but requires a restart to change. Last but not least in terms of graphics API support, Nvidia GeForce 451.48 WHQL drivers now support Vulkan 1.2. 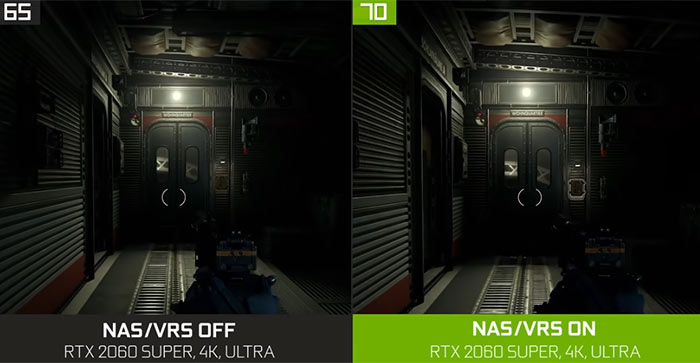 As mentioned in the intro, the new driver adds G-Sync Compatible certification to a number of monitors. The nine new monitors embraced by the VRR experience from the green team are listed below. You will note that the stunning new 49-inch Samsung Odyssey 2020 G9 is enabled with the latest driver.

Lastly, twelve more games have been added to the GeForce Experience’s one-click optimal settings (OPS), taking the total to over 700. This one-click system helps optimise games settings on your system for the smoothest, optimised gameplay possible.

Of course there is the usual collection of bug fixes and newly discovered issues in GeForce drivers, and if you care to you can read more about this by downloading the official 451.48 WHQL driver release notes (PDF). 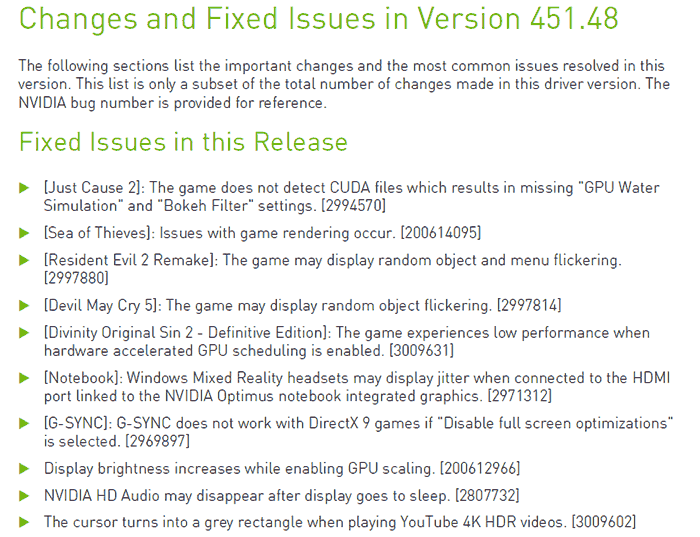 One just popped up for my laptop, so p pressed DL and dident look at it for a while, when i finally did there was some window wanting me to register, but i have not looked if that was before the DL or after.
Posted by Jonj1611 - Thu 25 Jun 2020 14:15
You do if you want to use geforce experience but you can just download the drivers direct from Nvidia without logging in
Posted by CAT-THE-FIFTH - Thu 25 Jun 2020 14:16

Gentle Viking;4224202
Do you really have to be registered to download a new nvidia driver ?

One just popped up for my laptop, so p pressed DL and dident look at it for a while, when i finally did there was some window wanting me to register, but i have not looked if that was before the DL or after.

You can search for it manually:

https://www.nvidia.com/en-us/geforce/drivers/
Posted by Gentle Viking - Thu 25 Jun 2020 14:32
Yeah i just “hammered” a little on the laptop, and when i pressed the nvidia icon on the task bar the install started, and then after that the NVIDIA experience stuff popped up again.
Clearly multitasking are not my strong side :-) the laptop just sit there using power.

will have to get a mouse for it, cuz that track pad stuff i never liked much, so probably go shopping for a new mouse tomorrow.
And soon i take the desktop apart so then only the laptop to focus on for some months.
Posted by jimbouk - Thu 25 Jun 2020 17:42
I wonder how this will play out with AMD having the hardware aligned to the next gen consoles? Nvidia are good at getting big titles supported but they're going to have to fight to keep up that level of engagement if it's such an easy win to optimise for AMD & Xbox & ps5 in one go.