Chinese graphics card vendor SZ Galaxy has listed a previously unannounced graphics card dubbed the GeForce GTX 1650 Ultra. Twitter users Momomo_us discovered the new SKU, which joins the legion of GTX 1650 variants out there, but this one has something rather surprising under the bonnet - it is a new model based upon the TU106 GPU, the same GPU used for the original RTX 2070.

There are a lot of GTX 1650 variants out there already, a user replied to Momomo_us's Tweet to list 10 designs, including the new Ultra - there are permutations such as the Super, Mobile, Max-Q, Ti, and GDDR6 editions. 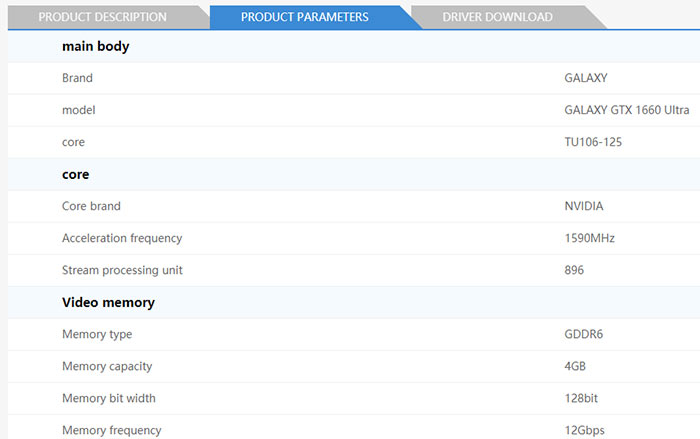 It is quite common for graphics card makers to make use of GPU dies that aren't up to snuff for the intended target product for lower tier products. In this case the TU106-125 GPU doesn't need functioning RTX or Tensor cores, and it has fewer than 60 per cent of the die's CUDA cores in action. Repurposing these GPUs helps minimise waste materials and production cost losses. 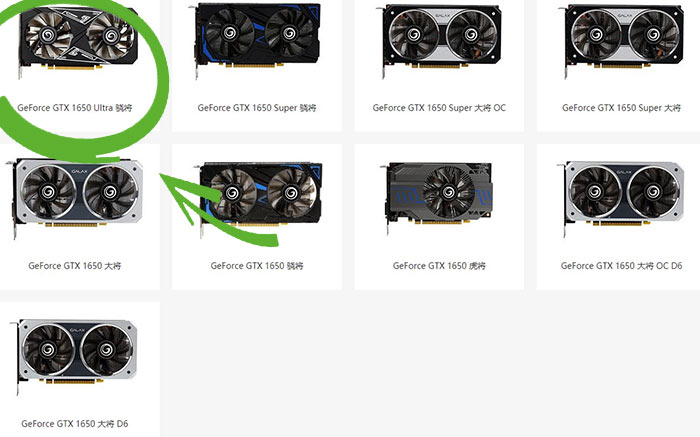 It will be interesting to see the performance of the GeForce GTX 1650 Ultra when these cards become available, but nothing in the spec suggests 'Ultra' performance, or any boost narrowing the margin between standard GTX 1650 and its 'Super' variants. Some may be irked by the use of the 'Ultra' suffix here, as one might consider 'ultra' to be an improvement upon 'super'. The GTX 1650 Super, is a completely different kettle of fish though, with its TU116-250 GPU boasting 1,280 CUDA cores and running at a boost clock of 1,725MHz out of the box.

Posted by Xlucine - Wed 01 Jul 2020 22:15
Spring has sprung, and nvidia mid range GPUs have returned to their spawning grounds. The first few baby SKUs have already shown up, and soon we'll be up to our necks in them again
Copyright © 1998 - 2020, HEXUS.net. All rights reserved. HEXUS® is a registered trademark of HEXUS.