We already saw an official Nvidia GeForce RTX Cyberpunk 2077 Edition. It was unwrapped back in February 2020 by Nvidia and based around the contemporary flagship RTX 2080 Ti. Sadly for gamers and enthusiasts this special edition was exclusive to competitions and giveaways and Nvidia only made 77 of them.

Since that official Nvidia product with custom AL5052 aluminium shroud and wicked paintjob was in the news, the Cyberpunk 2077 game has been delayed a couple more times and Nvidia GeForce graphics cards have moved on a generation – to the 'Ampere' architecture RTX 30 series. We aren't aware of Nvidia cooking up a new Cyberpunk 2077 special edition to celebrate but CDPR has started to publicise a giveaway of a GeForce RTX 3080 Cyberpunk 2077 Edition on a Chinese social media site. 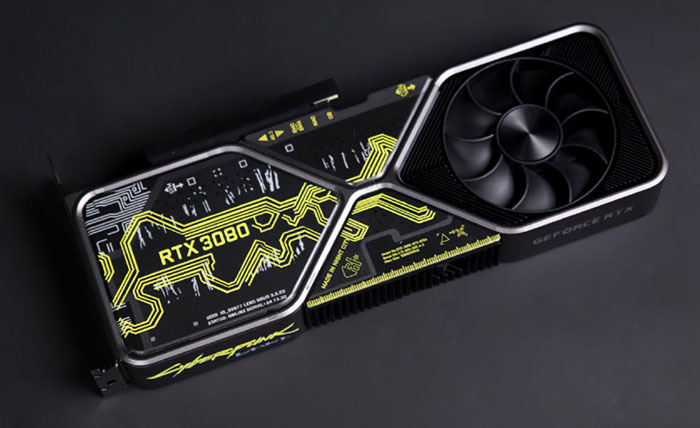 CDPR's giveaway is limited to a single board and it has been individually modded with Cyberpunk art on its backplate. Unfortunately we don't get a view of the product from any other angle. It looks well designed but does it look the same as a standard reference design RTX 3080 from the other side?

The RTX 3080 isn't the only Cyberpunk 2077 tribute product in the Bilibili lottery. Lower tier winners can get some other cool products, some of which we've reported upon before here on HEXUS. For example there is the Xbox One 2077 controller, a special edition Razer gaming mouse, a Cyberpunk gaming chair, and the OnePlus 8T 2077 edition smartphone. 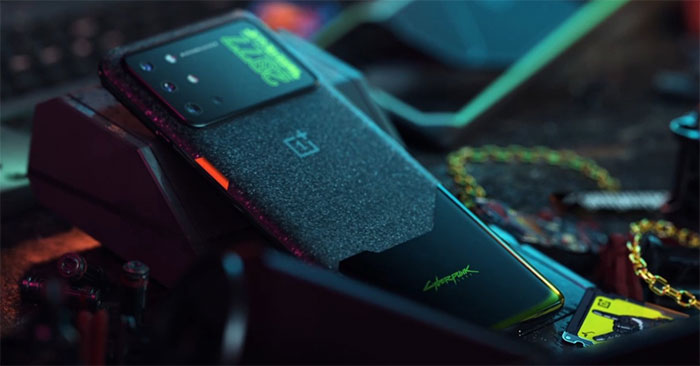 Cyberpunk 2077 developers CD Projekt Red have assured patient investors that the game will be released on 10th December. I note, for those lucky few that managed to get one of the 77 official GeForce RTX 2080 Ti Cyberpunk 2077 Edition graphics cards, this SKU isn't even mentioned in the latest minimum and recommended specs table from Nvidia. The following table seems to imply the previous flagship isn't powerful enough to play Cyberpunk 2077 at the 'RT-high' settings. 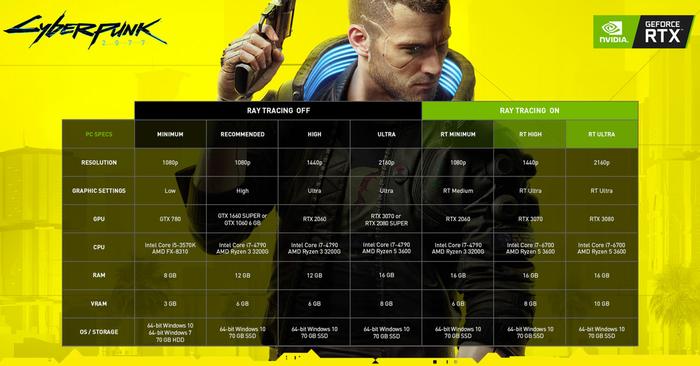