Elon Musk took to Twitter yesterday to promote the refreshed Tesla Model S electric car. This is the first major redesign of the car since its introduction in 2012. As well as the new look it features an enhanced powertrain making it the "first production car ever to achieve 0 to 60 mph in less than 2 seconds," a 200mph top speed, and a range of at least 390 miles. Additionally it "can play Cyberpunk," Tweeted Musk.

Musk shared a picture of the car's interior taken from the viewpoint of the middle of the back seat (as reproduced above). It shows the new yoke steering column, driver status display, and entertainment centre – all-in-all a minimal unfussy design considering this is cutting edge auto-tech. 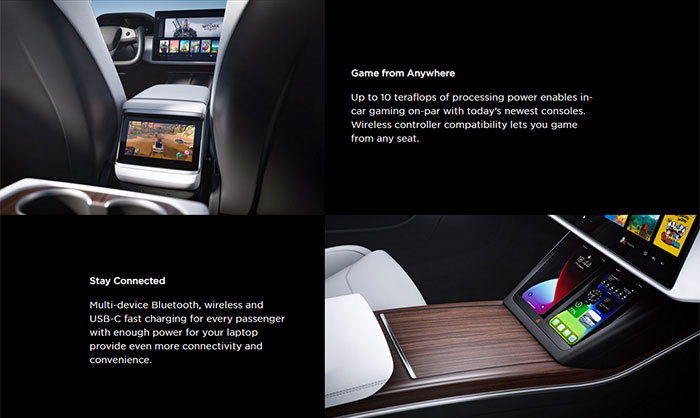 The in car entertainment system is the headlining aspect of this new car for us, especially with the startling claim about it being able to play Cyberpunk 2077. The short section about the ICE on the official site simply states that the system allows you to "game from anywhere" with its 10TFLOPs of processing power making it on a par to the newest consoles from Microsoft and Sony. Of course the Tesla Arcade is wireless controller compatible for comfort and flexibility. 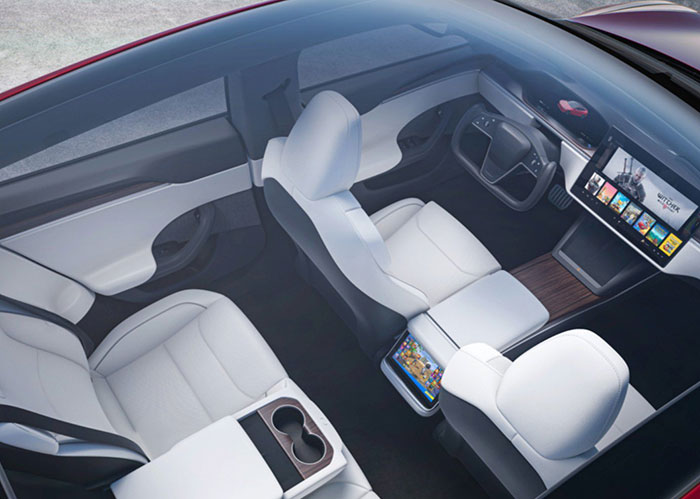 What do we know about the processors behind the ICE and Tesla Arcade? Software Engineer Patrick Schur claims to have published the Navi GPU block diagram for the system. It is thought this GPU is clocked at up to 2.44GHz, comes with 32CUs, and 8GB of GDDR6 memory at 14GT/s on a 128-bit bus. As for CPU general processing, Tesla is thought to be utilising an automotive system certified Intel Atom processor. 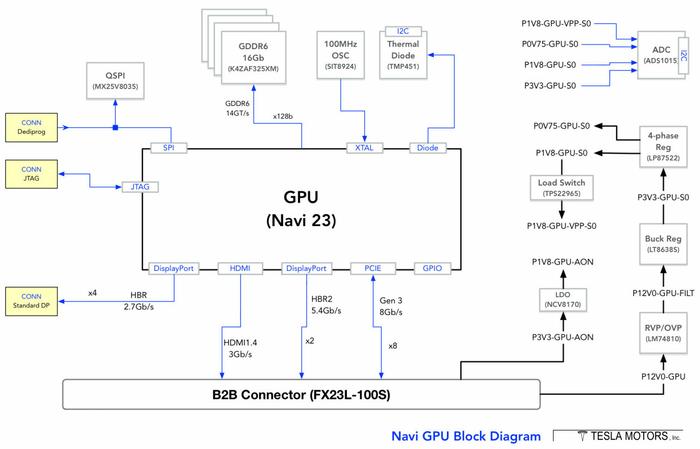 You can see and read more about the Tesla Model S refresh on the official site. It will start to become available from March in Long-range, Plaid, and Plaid+ specs, priced from US$79,990 and up.

It's worse:
Playing Cyberpunk (or GTA) whilst driving….what could possibly go wrong.
On the other hand, maybe a fully automated car should just refuse the controls to a driver who has been playing too many car chase games?
Posted by philehidiot - Fri 29 Jan 2021 13:12
So even if this is being done by a passenger on the main screen, it's a distraction. I suppose that electric vehicles might be able to supply the pixies for this without wasting fuel. Regardless, what really needs to happen in Teslas is to ensure their consoles don't fail every few years due to shoddy SSD controllers…

That would be an improvement.
Posted by lumireleon - Fri 29 Jan 2021 13:27
AT LAST! I hated the large screen in portrait mode, this one creates more room for other things like the brilliant wireless charger dock (but will the phones fly off during manoeuvres?). Ford Mach-E MUST follow.