With the launch and the reviews of the AMD Radeon RX 6700 XT done and dusted, the next rare delicacy from AMD is inevitably going to be the RX 6700 (non-XT). We have seen a few details about this SKU leak out previously, but things are still pretty sketchy. However, it looks like PowerColor has done us a favour and accidentally spilled some Radeon RX 6700 product photos, including the packaging (via TechPowerUp and VideoCardz). 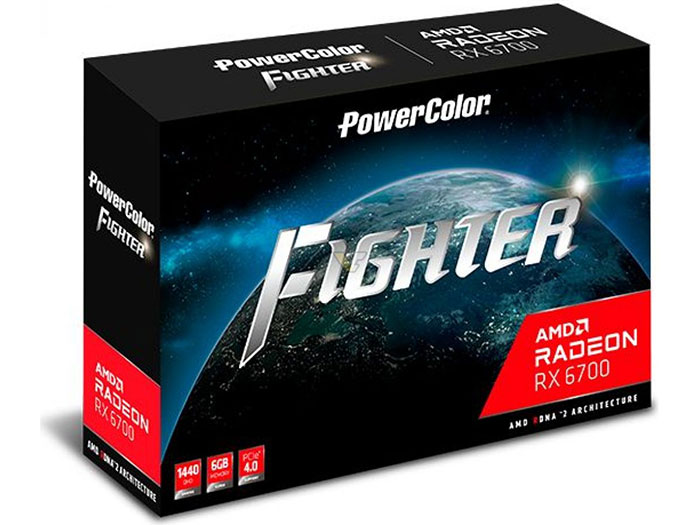 The appealingly descriptive PowerColor Radeon RX 6700 Fighter box is reproduced above. As well as confirmation of the SKu being on the way, and not just a trademark at the EEC for example, we can make out some further important details in the lower left corner of the box. Here we can spy that this PCIe 4.0 ready graphics card comes with 6GB DDR6 memory installed, and it is designed to target 1440p gaming. So, even with half the memory quota of the RX 6700 XT, and doubtless other spec snips, it is still targeting gamers who have these typically larger higher resolution gaming screens.

In its write-up of the leak TPU notes that the Radeon Software Adrenalin 21.3.1, added support for the 'RX 6700 series,' without singling out the RX 6700 XT – so this hardware release might not be far away. Furthermore, it asserts that the cut down CU count is likely to have been a relatively minor bit of surgery – from 40 to 36CUs (like the difference between the RX 5700 XT and non-XT version), and that the memory bus will remain at 192-bit. 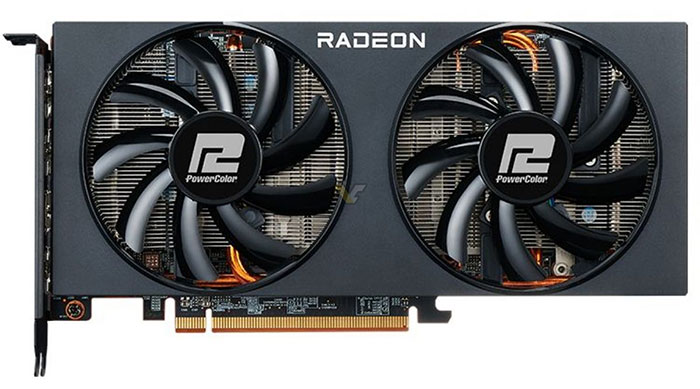 In the comparisons with the previous gen Radeon RX 5000 series above, one important thing was missed out. Both RX 5700 SKUs came with 8GB of VRAM. With the new generation we have one SKU with an ample dollop more VRAM, but the other is cutting back on a spec which might make a real difference with its intended 1400p gaming segment.

Last but not least, it is possible, or even likely, that AMD will be preparing two Radeon RX 6700 variants; one with 6GB and another with 12GB of VRAM. Previous leaks such as EEC registrations have indicated that Asus, for example, has lined up Phoenix cards with 12GB.

Not that i am buying, not at those prices.
Copyright © 1998 - 2023, HEXUS.net. All rights reserved. HEXUS® is a registered trademark of HEXUS.