AMD's 'Something BIG' has arrived, and it was an announcement centered on the introduction of new professional graphics cards. What was so big? Well, the top-end card that was unveiled comes packing 32GB of GDDR6, double the quota given to the Radeon RX 6900 XT – the pinnacle of AMD's consumer offerings. All the new GPUs announced were AMD RDNA2 architecture based and are designed for pro users involved in demanding architectural design workloads, ultra-high resolution media projects, complex design and engineering simulations, and advanced image and video editing applications. 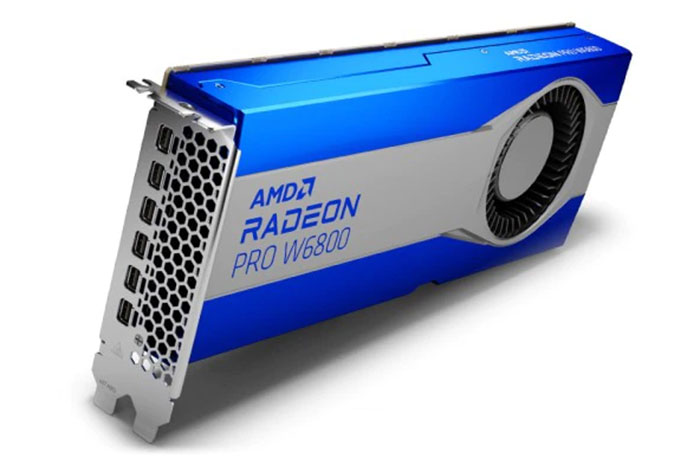 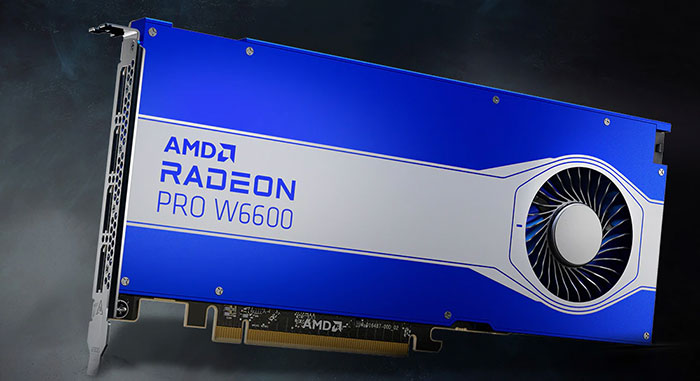 As well as the two desktop graphics cards in our headline, AMD introduced a mobile GPU, which is, from the key specs, identical to its desktop counterpart. Please check out the table below:

In addition to the extra performance, with claims the new GPUs are up to 79 per cent faster than the previous generation, the new AMD Radeon Pro W6000 series workstation graphics cards include; enhanced CUs with real time hardware accelerated raytracing support, Smart Access Memory, AMD Infinity Cache, Viewport Boost, and are certified by ISVs for their leading professional applications.

This is actually equivalent to a RX 6800 aside from double the memory. The W6900X hasn't been released (yet).
While I don't dislike reference blowers as much as most people since they are good at expelling air, I could see this getting rather loud.
Posted by KultiVator - Wed 09 Jun 2021 13:34

azrael-
If AMD and nVidia would limit crypto mining capabilities to only be performant on these and Quadro cards the world would be a happier place.

Might be an improvement, but also likely to pass the pain to game studios (and other industries) who'd face a shortage of the cards their artists and designers need.