In early August, HEXUS reported on signs of a possible Asus x Noctua graphics card collaboration. The info leak came via the EEC electronic product import databases – so sadly all we got was some tantalizing text. The leak was quite stirring for the imagination, but mostly it made one wonder how brown and beige the 'RTX3070-8G-NOCTUA' product would be.

A few hours ago, Asus Vietnam let the cat out of the bag by sharing some nicely detailed images from multiple angles. Asus Vietnam, appears to have been a bit premature, so you won't be able to check out the official post right now, but luckily several sites, like WCCF Tech captured the data and images before the change of heart. 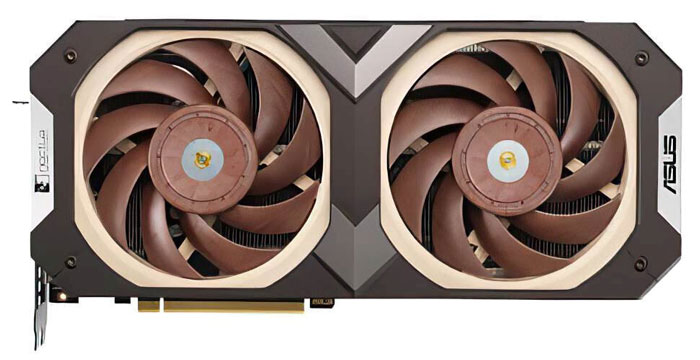 You can't unsee the owl

In the images, you can see that the Noctua Owl is very prominent in the design, as are its signature colours. The designers have chosen to embrace this traditional palette, rather than go all modern and Chromax.

Various photo angles let you see the Asus x Noctua and GeForce RTX branding, as well as things like power inputs, display outputs, and provides an impression of the length and thickness of the card (it is pretty thick). We can see there is a backplate too, but we don't get a shot of the design, sadly. 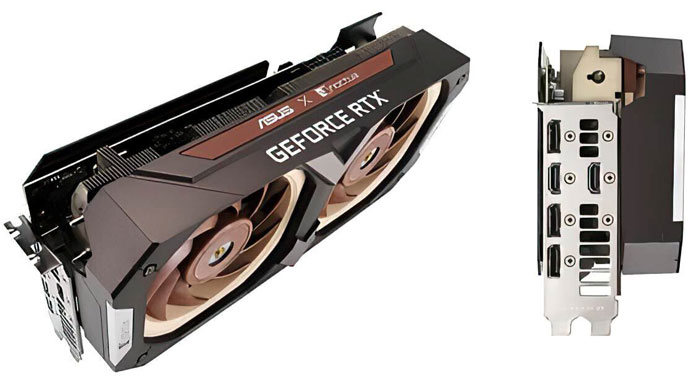 Last but not least, the price of the Asus x Noctua GeForce RTX 3070 looks set to be 26 million VND, which is equivalent to GBP £850.

Noctua is teasing the arrival of some new Chromax products. A video titled "the wait is almost over…" premiered a few hours ago, and in it you can see a close-up of some black fans and some PC CPU coolers with black finish. Looking at the official product roadmap, Noctua is due to release the Black NF-A12-25 fans and NH-U12A CPU cooler in the current quarter.

…or no sense of style